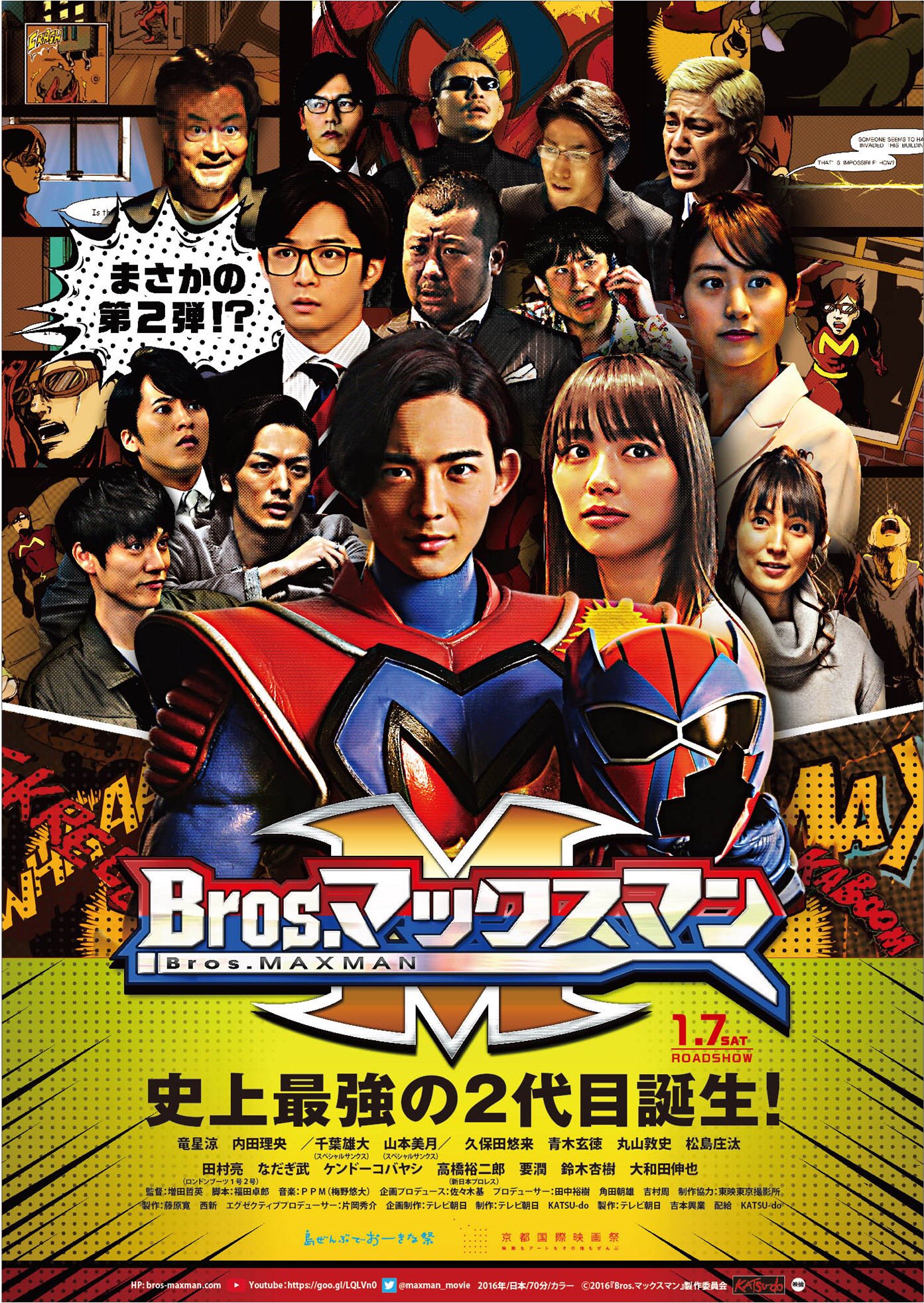 Several years later after movie “Mr. Max Man”. Hideo (Ryo Ryusei) is the younger brother of Masayoshi and he works at the same broadcasting station as a rookie AD. Hideo likes Rina (Rio Uchida) who works as a announcer there. Meanwhile, Hideo becomes a righteous hero and fights for justice.