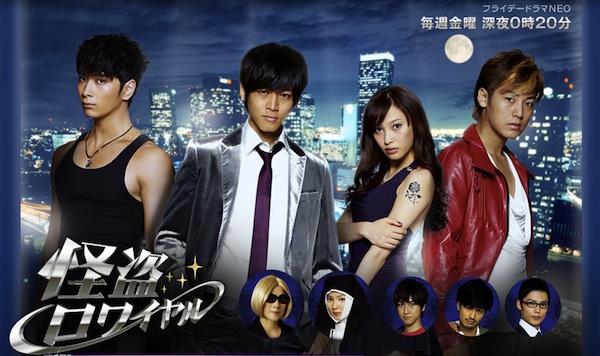 Thieves gather at an exclusive high society event hosted by a major jewelry company. The thieves are after a ring commomly referred to as the "world's greatest gem" and is known as the "Tears of Alexander" with its priceless Alexander stone. The thieves gathered at the party are Rei (Tori Matsuzaka), Karen (Aya Omasa), Taiga (Seiji Fukushi) and Jack (Chansung). All of them have descended upon the same place, but none of them know of each other. It doesn't take long for them to spot each other out and know that they must compete against each other to nab the priceless ring. To make matters more complicated, the ring is said to be "cursed" and whomever comes in possession of the ring is believed to die an early death.