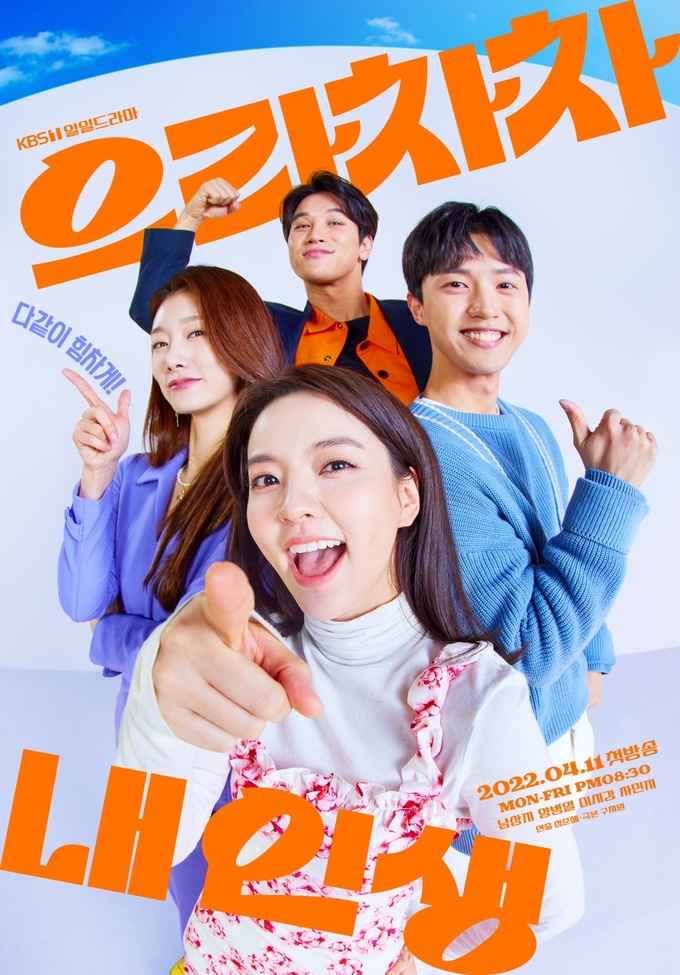 Even though Seo Dong-Hee (Nam Sang-Ji) comes from a poor family background, she has a bright and positive personality. She dreams of becoming a designer and slowly works her way to achieve her dream. She decides to become the mother of her nephew and raise him by herself. She also gets involved with Kang Cha-Yeol (Yang Byeong-Yeol). Kang Cha-Yeol’s father runs a big company. His father wants him to work for his company, but Kang Cha-Yeol doesn't want to. He wants to go back to the U.S., but he realizes he can't do anything without his father's financial support. His father tells Kang Cha-Yeol to work for 1 year at his company.

sf May 12 2022 9:55 am What special events are in these days in South Korea? Once again the expected dramas are missing.

Josephine guevarra May 07 2022 8:37 am I love this drama i can relate the story thru to life and give moral lesson to us viewers. I never omitted per episode to watch.

Kristine Apr 26 2022 12:12 am Can we see more shows like five children? How can 4 adults not come up with 50K or at their age own their own place already even it means moving to cheaper area? The world is not just Seoul area.

Mike Apr 23 2022 12:38 am Just saw the 5th episode. Disappointed. Not sure if I'm ready, nor the time, for a long downer of a show with nasty, bad people. Bummer. Too bad, I like the character Donghee.

Arnob Apr 21 2022 12:59 am Why is the story moving so fast? I mean why is Baek Seung-Joo already 2 months pregnant by 3rd episode & delivering her baby by 4th episode?

AJ Apr 19 2022 6:12 pm Still early days. But I personally and sincerely hope this drama will not turn into another old, tired "Cinderella" or "Sleeping Beauty" story.

Vaon Apr 19 2022 4:59 pm Ugh I feel bad for Cha Yeol to have such an aunt in law and cousin like that. They are annoying honestly

Iwanzz Apr 18 2022 9:55 am I'm watching this daily kdrama. I like if the drama have struggling female lead and wealthy male lead. It is naturally good for daily drama that way hoho

littlepinky Apr 11 2022 7:30 pm oh my ,it will be another drama that turns on life in each cast round and round not the Bravo My Life (of main cast here)... just that casts came from Lady&Gentleman,(great granny Young Ok &, Byeong Ol), Hee jung frm 2nd Husband

DARSONO Apr 09 2022 4:03 pm A new face , and well i dont know that i really enjoy melo drama when people strugle .. i think i am a bad person that really enjoy to watch another people suffer :)

littlepinky Apr 08 2022 8:26 pm another kbs with for sure a lengthy drama i hope it will justify long episodes .i hope it will not be just like round-and -round- and round- episode,