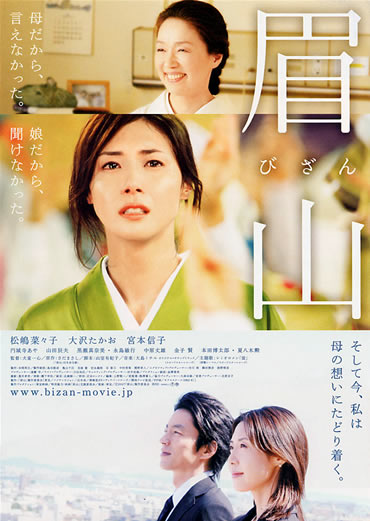 Ryuko KOUNO is a mother with strong justice and humane. After she was ill, she closed her restaurant which had lasted for a long time and moved to a local hospital. When her daughter Sakiko KOUNO, who worked in a tourism agency in Tokyo, got this information, she came back to look after her mother. Sakiko was shocked by the news from the doctor Daisuke that Ryuko got the terminal cancer. And later, she happened to know that her father was still alive while her mother told her that he was dead. One day, she went to the famous mountain Bizan where she was informed that mother wanted to donate her body for anatomy. This surprise stirred up her desire to find her father. Sakiko started her trip with Daisuke, feeling intricately. Finally, she figured out the story between her parents and her mother's deep affection for her. She came back to Tokushima in August, and know the deadline of mother was coming. Suddenly, her love for her mother was rising. To make up mother's regret, Sakiko took her to see the famous local dance Awa Odori. The dance stirred up the hot night in Tokushima, and the miracle appeared...