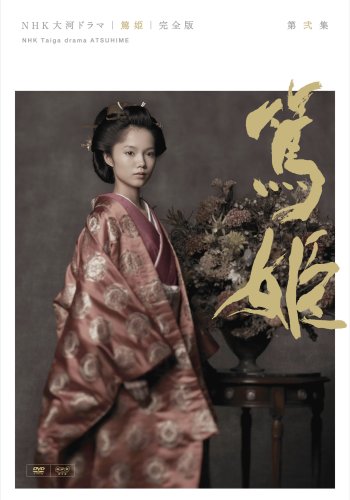 The 47th NHK Taiga Drama is a life story of Princess Atsu, who was born in Kagoshima Prefecture, then called Satsuma, and became the wife of Tokugawa Iesada, the 13th shogun of the Tokugawa shogunate. She accedes to the highest rank in Ooku, the inner palace of the Edo castle where women related to the reigning shogun resided. Iesada dies soon after their marriage and Atsuhime assumes the name Tenshoin at the age of 23. She exerts herself for the Tokugawa clan and for the nation during the upheaval in the Meiji Restoration, headed by those from Satsuma.

Gundabad Oct 21 2022 10:02 am Another great performance from miyazaki aoi. I know her for the first time in asa ga kita.

Francis Kho Jul 24 2015 6:25 pm I was drawn into this more on its colour presentation, lighting, set and costume design. More so was the expressions on the faces of the casts that sets the mood for an otherwise lengthy and slow drama. A class of its own.

Superb acting by the cast especially the lead Miyazaki Aoi.

Tinkiness Sep 20 2009 10:29 am Atsuhime is an amazingly well played and artfully detailed series. Every episode keeps me wanting for more.