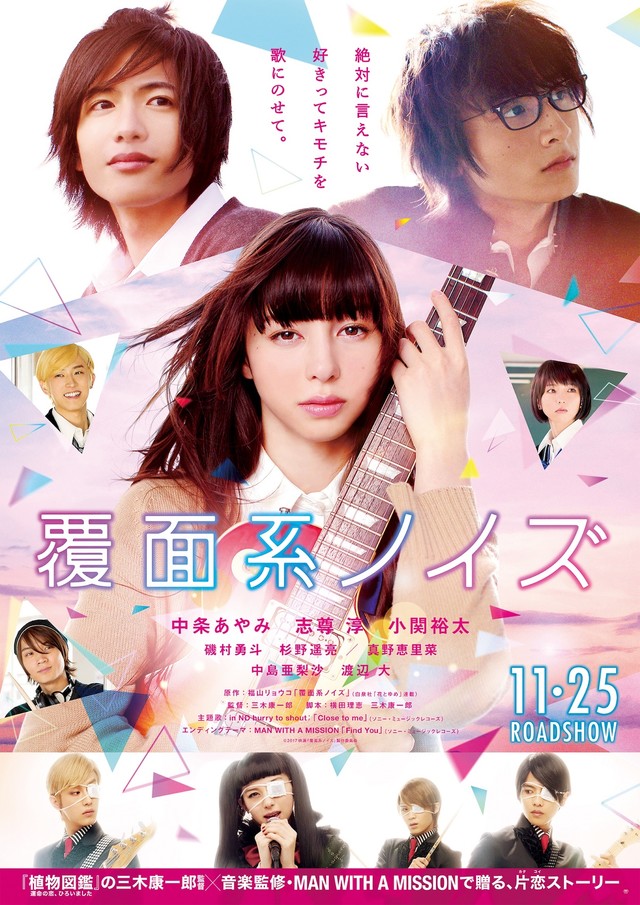 Meanwhile, Momo is also in the first year at the same high school that Nino and Yuzu attends. Momo already has a career as a composer. He tries to avoid Nino, because he feels guilty that he sold music for money. The music was made for Nino.

Nour Apr 20 2020 2:05 am im curious about the comments but why are yuzu should be shorter than nino?

krezendo May 19 2019 6:45 am I dunno, but I prefer anime vers. From the story and chara. Because yuzu is taller than nino. And I love anime vers' song than LA one

monz Aug 07 2018 10:01 am i just finished watched it and i love it ^^ love the song from the movie than the anime.. mio voice is so cute and nino voice is so loud but i love their voice..both with their own style

Millie Jul 06 2017 5:01 pm I am super excited! I can't wait to see Shison Jun execute this role! He always does an outstanding job!