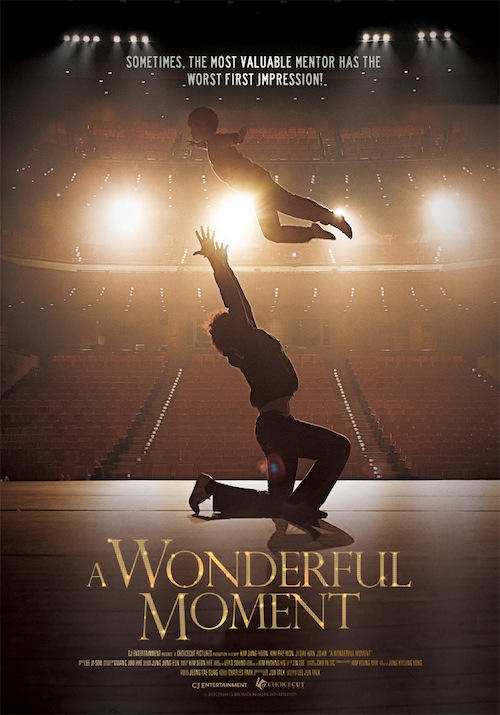 Musical director Yoo Il-Han (Kim Rae-Won) is arrogant and has no qualms exaggerating the lengths of his talents. He was once a promising musical director, but, after the box-office failure of a big budget musical, he now works on children's musicals. Nevertheless, Yoo Il-Han dreams of one day working on Broadway in New York City. His big chance then arrives. A TV musical competition program is set out to select the main child actor for a big budget musical of King Jungjo from the Joseon Dynasty. The musical will be performed on Broadway.

Musical director Yoo Il-Han then selects a child named Young-Kwan (Ji Dae-Han), who turns out to be a half Filipino-Korean child. Once the first episode of the TV show program ends, Yoo Il-Han berates an assistant director of the TV program. He's furious he was allowed to pick a child, that he assumes has no chance of playing King Jungjo and blowing his chance to work on Broadway. Making matters worse for Yoo Il-Han, Young-Kwan possesses zero dancing abilities. Unable to change his selection, Yoo Il-Han half-heartedly begins to train Young-Kwan. He then begins to see something special in the child. 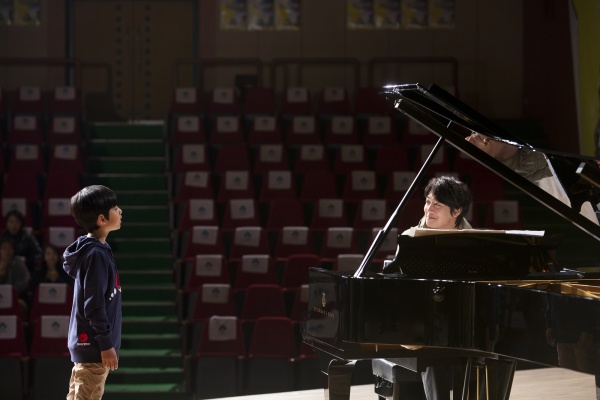 dee young Jul 05 2016 1:38 am oh, he is a half shri lankan. that is why i doubt that he is a half filipino because his looks is a half indian for me. I love his voice and he is super talented like other filipino kids.

I understand the writer, why set the nationality of the kid as a half korean and a half filipino because in reality most of the filipino kids are talented and has a wonderful voices. No offense for the other Asian countries but among from the asian countries only filipino artist who passes the auditions got a big role in the broadway. So, I conclude that the writer was just realistic.

cho yun hee Dec 26 2013 4:31 am I'm a theatre and stage lover .. I spent 14 years of my life on stage as an amateur .. we would like to play a musical this year and this movie came into my life suddenly.. then I remember over and over again how much I love to being on the stage with my dreams and my soul.. Thanks to you for being so sensitive and hearty to this issues and thanks for your real, serious and sincere acts..

I definitely recommend this film with my swollen eyes :,}

LadyG. Nov 23 2013 8:55 pm I'm sad this movie did not make it big at the box office. It was a true gem. But I'm happy that amazing boy was recognized for his talents. I hope to see more of his work in the future. He was so cute too.

tatal Oct 04 2013 2:34 am the "filipino-korean" boy does not look filipino, mixed race filipino kids usually look more of the other half than the half filipino in him~

restina siregar Jul 29 2013 8:16 am that's a really good movie, soo much fell when I watch this. Someone can do anything when belive and try hard.. And one from all.. God create every people is special.. I hope, I can get the disk of this drama and the soundtrak. Semangattttttt!!! Fighting!!!! Hwaitting!!! Bagus..daebak..well done...

SweetPinkx Dec 08 2012 12:12 pm I'm so gonna watch this!! The trailer is nice..I'm sure it will be a great movie! Plus Lee Kwang Soo is casted!! I love his acting..I love him in Running Man and recently ended drama Innocent Man!

podeclover Apr 07 2012 12:09 pm i don't know why, but this idea came to my mind : Park Cheondoong (MBLAQ Thunder) as the filipino-korean boy, since he had lived in phillipines when he was young.

filipino Jan 18 2012 10:42 am wow! this is interesting! i wonder who the filipino-korean boy would be and what implications would occur because of his heritage :D and woohoo! it's kim rae won!