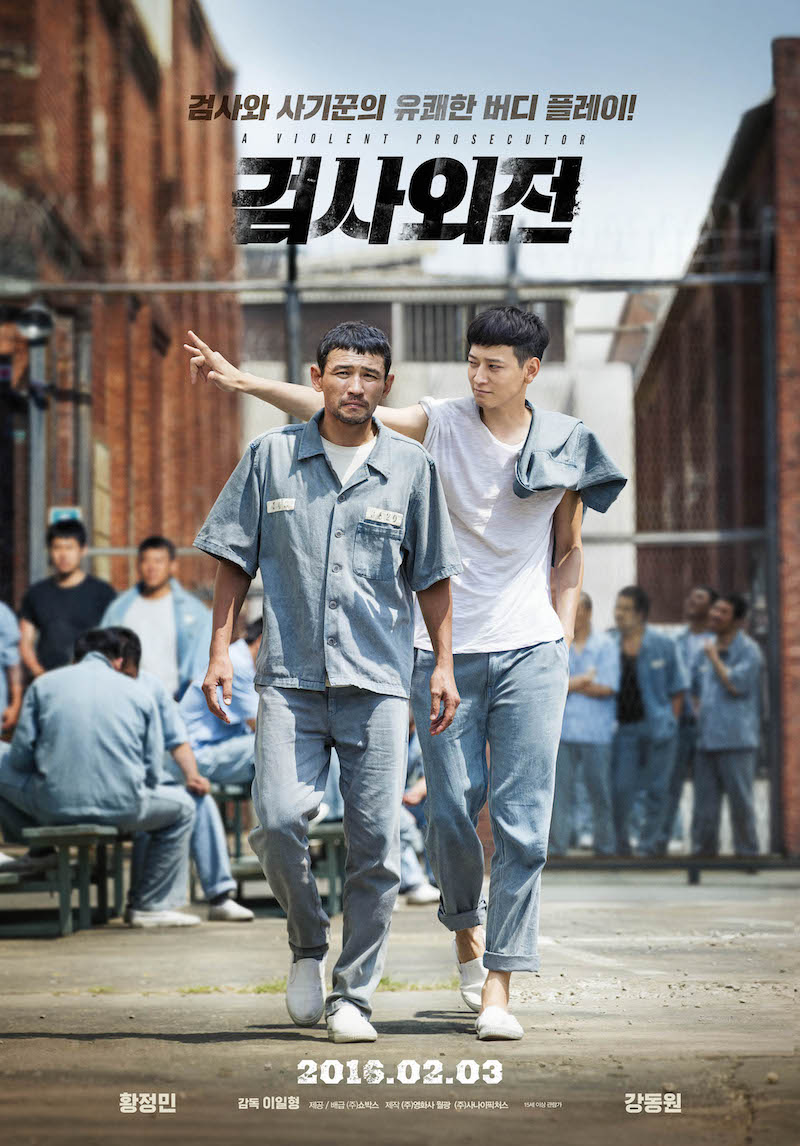 Byun Jae-Wook (Hwang Jung-Min) is a short-tempered prosecutor who only pursues the truth. He is famous for his tough investigations. A suspect, under the the interrogation of Byun Jae-Wook, is then found dead. Byun Jae-Wook is arrested and gets 15 years in prison.

Five tears later, Byun Jae-Wook meets good-looking con man Chi-Won in prison. Chi-Won knows about Byun Jae-Wook’s case. Byun Jae-Wook feels Chi-Won could carry out his plan outside of prison. Using his knowledge as a former prosecutor, he gets Chi-Won acquitted. Byun Jae-Wook prepares a counterattack on those who framed him. Chi-Won though looks for a chance to get away from Byun Jae-Wook.

Sandrine Nov 22 2020 4:10 pm One of my favorite movies! Acting was superb, I really love KDW here, so cute and fun to watch. I discovered Hwang Jungmin and I must say he's a very great actor.

KatVille Feb 18 2019 4:07 pm Kag Dong Won looking best even in prison uniform. I absolutely love this film. I am thankfulbthat I watched it.

bil Jul 23 2018 11:44 am If I have to say, the movie is actually predictable, but I love the way both Kang Dongwon and Hwang Jungmin play their role in the movie like how they keep making things going their way and how they survive and adapt to the environment they were into. It is actually a fun movie. Watch this movie if you want to just relax and have fun while eating popcorn.

Malditang Bugay Feb 12 2017 11:36 am I like this movie, the story was delivered well and clear, 100% happy ending. The story is pretty predictable but still entertaining. Kang Dong Won was superb here, definitely show stealer!

Raylia Han Mar 05 2016 7:30 am I watched it today Kang Dong Won is SO AMAZING AND HILARIOUS HERE the whole cinema was laughing so hard :)))