A Stranger of Mine 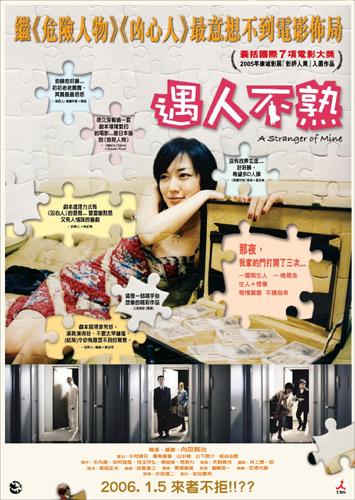 It all started one Friday night when broken hearted and lackluster businessman Miyata returned home after losing the love of his life, only to be called out again by his private investigator friend. The two meet at a restaurant, where Miyata runs into a woman and falls in love, but in the shadows something unbelievable awaits them all... Three episodes as seen from the viewpoints of five people - a devastated Miyata, a detective who is tired of his job, a yakuza boss having trouble running his organization, a woman thrown into despair by a two-timing fiance, and a con woman who twists men around her finger - are sandwiched between a short prologue and epilogue. The relationships between seemingly simple and isolated episodes begin to surface one after the other as the story progresses, bringing friendships to light and exposing the complicated nature of human beings. While Miyata remains oblivious to the events happening around him, surely his kindness and braverywill encourage broken hearted guys everywhere to keep trying.