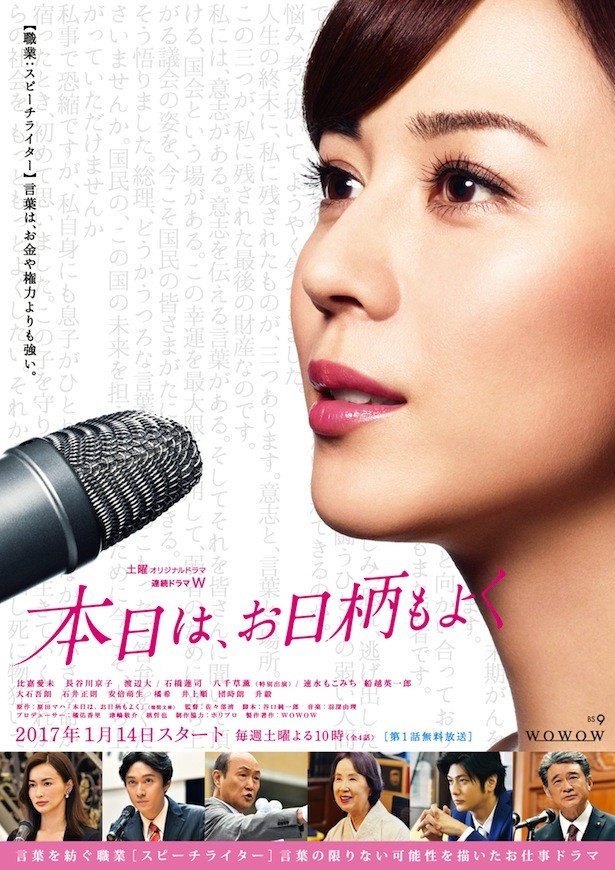 Kotoha Ninomiya (Manami Higa) works in the general affairs department at a confectionery company. Suddenly, she receives an order to transfer to the public relations department. She has a hard time there. Making things worse, Kotoha Ninomiya learns that Atsushi Imagawa (Dai Watanabe), whom she holds secret feelings for, is about to marry another woman. They have been friends since they were young. Heart broken, she attends Atsushi’s wedding ceremony. At the ceremony, she is moved by Kumi Kuon’s (Kyoko Hasegawa) congratulatory speech. Kotoha Ninomiya is a legendary speech writer.

Athena Oct 26 2017 3:50 am This is an inspiring drama, especially for those who work in Political Communication like me. The drama plot is simple and tight, a little short maybe. Each character has their own signature and were well-portrayed. I can see it has the potential for a longer series, why don't they make one? Higa Minami plays the protagonist like the role of Ninomiya Kotoha was written only for her. Dai-san totally convinced me that he was a young politician with an ideal. Hasekawa Kyoko done it well, like usual. What suprised me is the performance of Hayami Mokomichi. Mokomichi-san portraited Wada Kamatari successfully with his calm look, words, and of course, that gorgeous man-style. He is ready for more major, profound and complicated roles, I believe. Over all, a big 5-stars for Hayami Mokomichi and the whole cast. Another 5 stars for the Mokomichi-Minami shipping! Their chemistry is perfect since Hammer Sessions!

spoiler! mokomichi hayami and higa manami characters got married at the end of the drama <3

MIA Dec 09 2016 5:15 pm OMG, mokomichi hayami and higa manami are in the same drama again!! Missed those two since hammer session. Cant wait for their scenes!!!