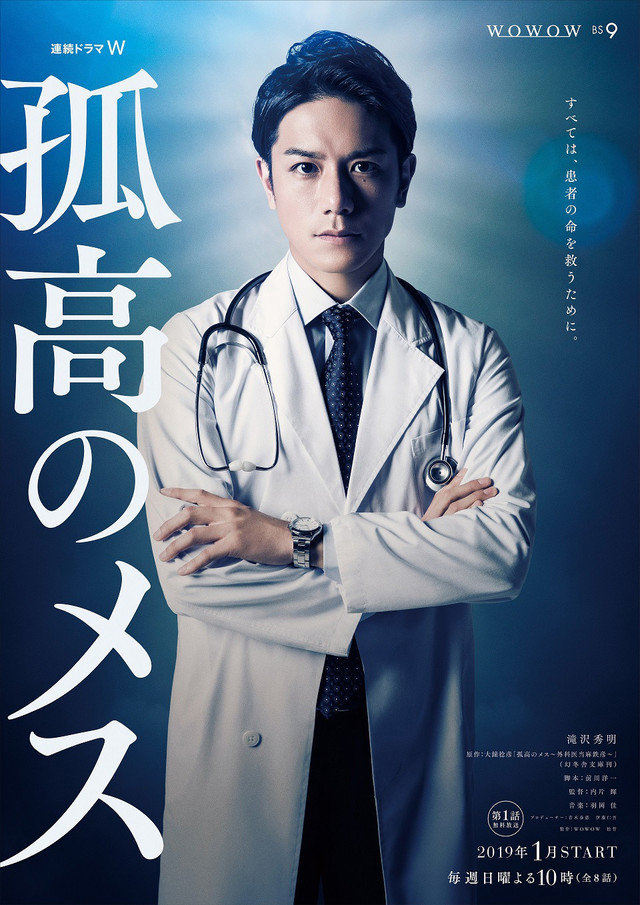 Set in the 1980's when internal organ transplants where considered taboo.

Tetsuhiko Toma (Hideaki Takizawa) is a surgeon who studied in the United States. He begins work at a private hospital in a rural area in Japan. He believes that people should receive the same level of care at all hospitals. Guided by those principles, he takes on challenging surgeries and saves the lives of patients. Tetsuhiko Toma attempts an internal organ transplant for the first time in Japan, but the health care system blocks him.

6th Apr 12 2020 9:46 pm The reporter is so annoying, really too up all the fun out of the story. Peobably in the 80's or 90's they do not practise confidentiality in healthcare? And the whole drama was just a mini series focussing on one subject. No chance of a 2nd season? Glad to see Hideaki acting again and hope to see more of him...cool dude.

Sity Feb 19 2020 9:23 pm This is the best medical drama that I have ever watched! I could watch this again and again. Dr. Toma Tetsuhiko is now becomes my favourite hero in dramaland. There are many great surgeons or specialists in medical dramas with amazing skills, be it in Japanese or Korean drama. But Dr. Toma, he is outstanding, yet humble, soft spoken and very kind hearted surgeon. I just found out that Hideaki Takizawi has retired from entertainment industry ? However, I'm so glad that he took A Lone Scalpel as his last drama.