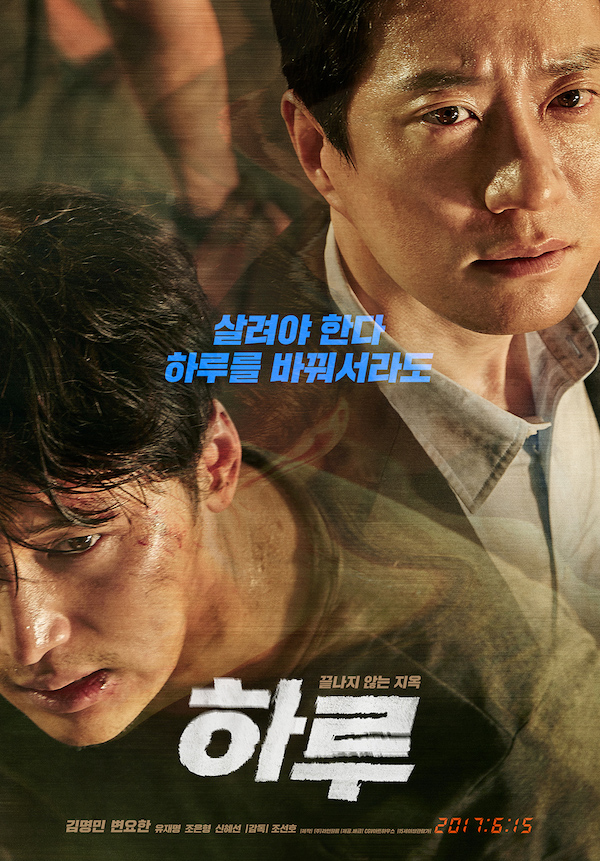 Kim Joon-Young (Kim Myung-Min) is a famous thoracic surgereon, but he isn't a very good father to his daughter Eun-Jung. One day, he sees his daughter die in an accident in front of him. From that moment, the same day repeats itself and he struggles to find the secret of that day with ambulance driver Lee Min-Chul (Byun Yo-Han).

- Oct 12 2018 7:01 pm It almost exactly same like "happy death day movie". Both story want to discover who is the killer. Btw this was so much fun! Thanks for the contented movie

Bayu Jul 22 2018 10:49 pm Actually this film is more than groundhog day. Jo Sun-Ho made this movie like "an upgrade for Groundhog Day" and it was way more complex than GD. I like it and the moral dilemma is really interesting.

Jessica Girome May 17 2018 1:38 am This is the first time that I watched movie since it's my vacation from work. A Day is totally satisfying! I've never imagined that I could cry in front of the desktop, the proper word is sobbing. Woah! At first, I was hesitant to watch but good thing I've continue and I never regretted it. This movie is deserving to have multi-awards! One of my A-list! :)

Bibi Jul 12 2017 12:58 am Watched it last night. Whoaaah so action-packed! The revelation to why this thing keeps happening is soo sooo satisfying to watch. And the story has a lot of heart too. Loved it.

Ginali Jul 17 2016 3:11 am Agree with kai. btw, the plot really is interesting. Absolutelly looking forward to this movie!