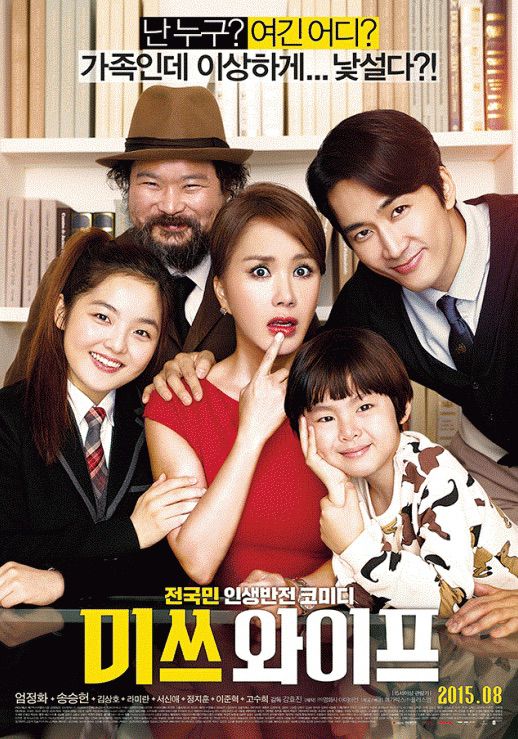 Due to a mistake in heaven, an attorney, Yeon-Woo (Uhm Jung-Hwa), dies. Before she is able to return to her normal self, she must live as an ordinary housewife for a month. She begins her temporary new life with her new husband, Sung-Hwan (Song Seung-Heon) and daughter, Ha-Neul (Seo Shin-Ae). haner rapuck Mar 07 2020 2:02 am this is a very goodd movie. it is very touching, i really reccommend to watch this movie.

Yusuf Aug 16 2019 9:49 am Agreed with Lee Hye Ri.. Heaven make no mistake..this could be only human fiction/imagination haha

Marcella Putri Jun 07 2017 2:36 am So much love in this movie. Really love this movie, suddenly i miss my mom, i wanna go home after office hours (regarding last night i fought with my mom). UJH & SSH daebaakk. First, it's so funny but the ending is so sad, enough for 4 sheets of tissue

Nadia Dec 15 2015 10:53 pm Uhm Jung Hwa's acting was amazing, she is the best ever, i wish her all the happiness, and i wish her to meet her soul mate soon and get married because she is a wonderful woman. kisses

Chakita3 Aug 05 2015 5:20 pm Ahhh, UJH is such a beautiful actress and SSH of course, an absolute hunk! I love happy happy rom-com dramas with gorgeous people, so looking forward to the release....looks funny too, so thank you and FIGHTING everyone!!