Will You Be There? 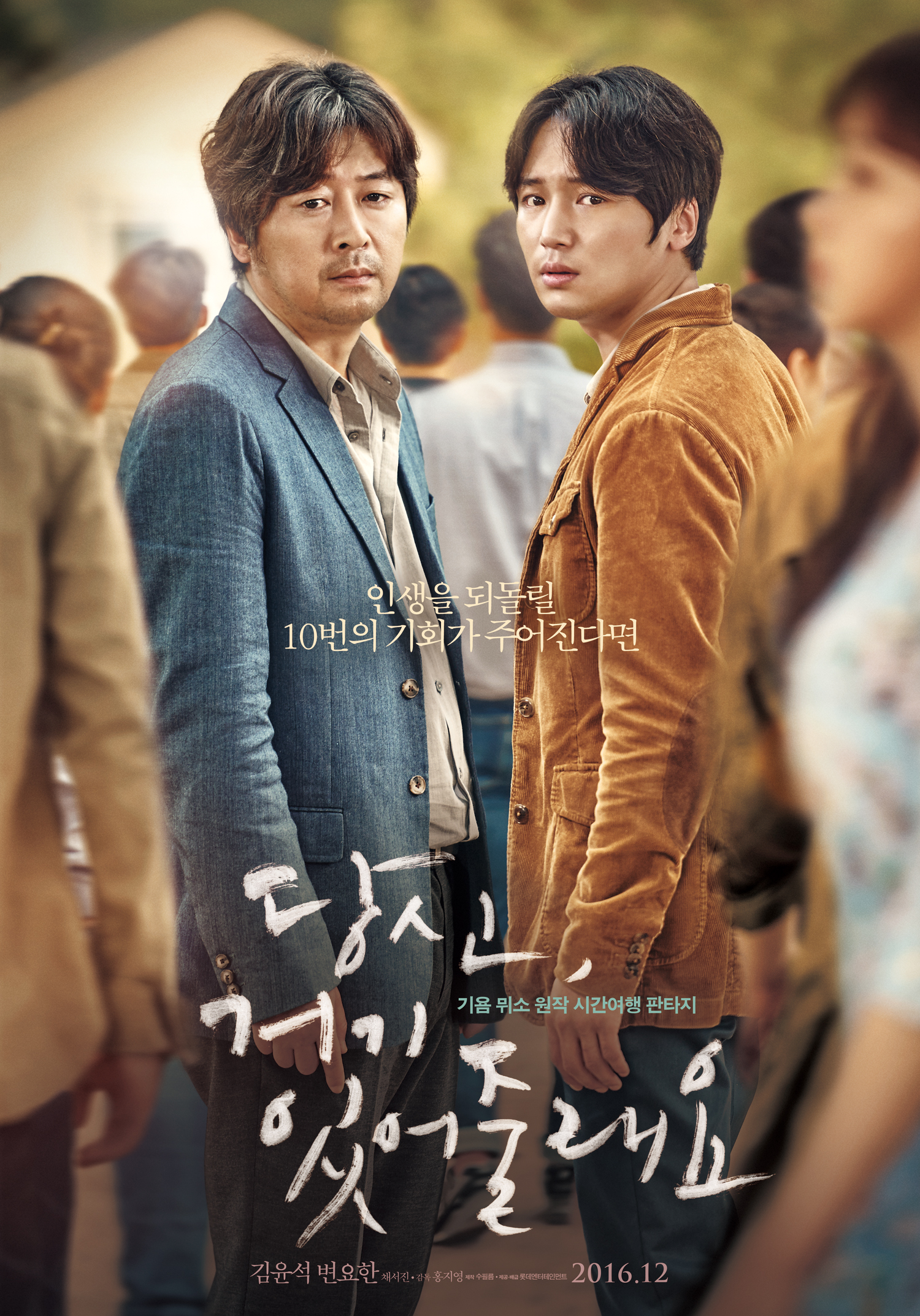 A surgeon (Kim Yun-Seok) doesn't have much time left due to a serious illness. His wish is to see his girlfriend who died in an accident 30 years ago. The surgeon gets 10 pills from a mysterious old man. The 10 pills allows him to travel in time to the past. He decides to go to the past to save his girlfriend. There, he meets his younger self (Byun Yo-Han).

Kris Nov 09 2019 9:53 pm Liked the twists and the ending, only why not twenty years earlier? Seems like wasted time. Loved the friendship storyline as well. Good movies and series always have multiple strong relationships and not just a single romantic one. Like nine times travel, but thankfully a movie and not a several episode series. Liked the actors.

Nour Aug 21 2018 2:53 pm Its one of the greatesttttt movies i ever watched i dn even know what to say its justt great i dont usuqlly wright comments but this one is a need?

tuntun Feb 17 2018 8:49 pm sometime i feel i want to be like Soo-Hyun who could travel to the past i wish i could fix something in the past

The only star Oct 30 2017 5:49 am Very recommended movie. Starting from the beginning until the end it was really good, the minus point is only poor acting from female lead, overall is so good

Fab Oct 29 2017 4:06 pm @Alex: The song, originally sung by the late singer Kim Hyun-sik (김현식), was recreated by the vocals of Kim Yun-seok and Byun Yo-han, the starring actors of the film. The name of the song is '당신의 모습'.

Btw, I also loved the movie...

Alex Oct 12 2017 8:21 am Hi all. I just watched this movie an hour ago. Beautiful movie, i like it a lot. It reminds me about a couple other movies that were as good, though the ones i remember are not korean or asian movies, here is one of the movies i remember: "About Time (2013)". Anyway. i got to this website looking for a way to find the title of the song in this movie that plays around minute 22, and at the end in the credits. Sadly i cant read korean but if someone knows this, or reads korean, can you please post the name of the song and the performer/artist? Thanks in advance

millionlove Oct 06 2017 6:08 am I just finished watching this movie. The storyline is good and well-organized. Highly recommended to watch it. It contains moral values about life. But the ending of the story is quite confusing and left a lot of questions.

hollywillow Sep 03 2017 12:56 pm This movie is highly recommended guys. Especially for you who looking for tear jerking kind of movie. It's just so good. Good acting, good story, good ending, everything is good in here :")

Malditang Bugay Mar 23 2017 9:53 pm I honestly loved this movie! Even though it did move a little slow. The plot was absolutely superb from beginning to end. It’s worth watching.

Bouchra Siroua Oct 24 2016 11:52 pm Oh my god I read the book, it's one of my favorites I can't believe they will made an adaptation to guillaume musso's novel