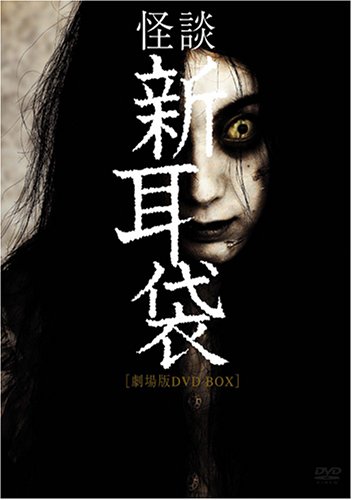 Hands appearing from out of the darkness choke a woman nightly. A nurse on a videotape stares at the high school girl watching television. A group of young women traveling hear a strange sound and begin disappearing one by one. Traveling around Japan, the producers of this chilling film have gathered the scariest true stories from around the country and brought together some of the best names in “Japanese Horror” to create this theatrical version of the hit series.

`All in order...but there was a woman.' What did the night watchmen in an abandoned building see? A crowd of the dead...numberless hands clutching at them from out of the dark...

A strange sound comes from deep in the mountains. Three women on a company trip to a hot spring vanish, leaving only wisps of smoke from a burning cigarette

`Every night when I sleep, a pair of gloved hands starts to strangle me. They are the hands of a woman in love.'

`In the middle of the night, a man I've never seen sits on my chest. His head rotates on its spine as he mocks me. Then he moves on to my little son...'

Paying a farewell visit to their high school, two boys soon to graduate remember there is one thing they have yet to do: look into the full-length mirror in the gym's equipment room.

A long-dead nurse appears in a high-school culture-festival video which should never have been shown, her crazed eyes watching the girl who captured her image.

`When you're called, answer.' Apartment-sitting for his uncle, Hiroyuki forgets to answer when he is called, and finds himself face-to-face with a very tall woman.

`Mommy will always be with you.' A teenaged son bullied to suicide. Dripping water. A hanged corpse swinging on a veranda.