Shoot Me in the Heart

(Redirected from Shoot My Heart) 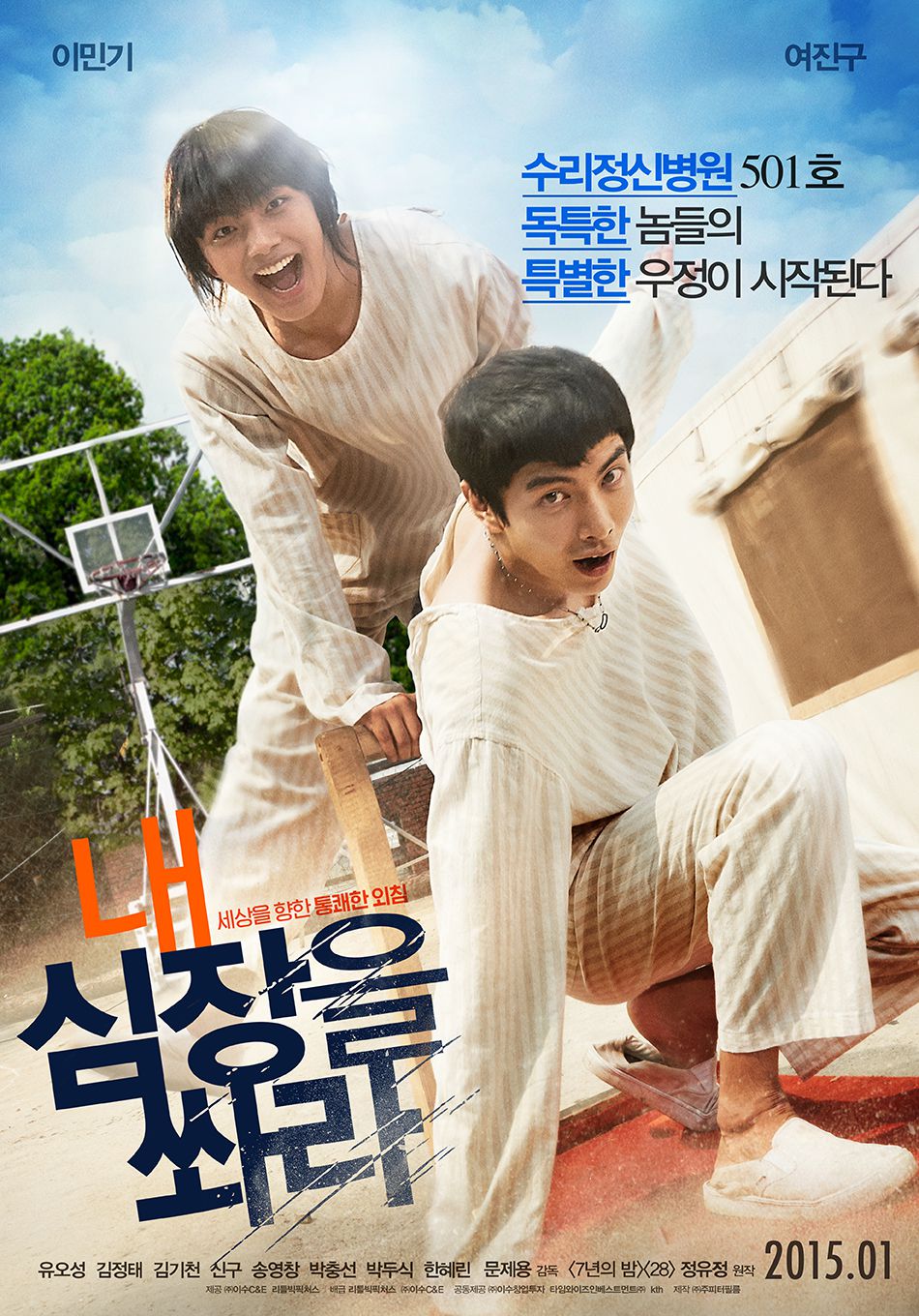 nini Jul 09 2020 1:45 am If possible, i would make the whole world to watch this. It may be a simple story for some people but its story-line is so deep to understand. Furthermore this movie has my favorite actor Lee Min Ki.

Pwint Phyo Mar 07 2019 12:04 am Good movie. When I watched this movies, I really like Lee Min Ki and Yeo Jin-Goo action. They are really good actors. Thanks

i am here Nov 09 2017 9:14 am I just finished watching this, and I have to say it is just an absolutely amazing movie. I started it because of Lee Min-Ki but I came out thinking of so much that happened. The bromance/friendship between the two main leads is so beautiful that the end made me emotional even though it did end well.

The two main leads, Lee Min-Ki and Yeo Jin-Goo pulled off their roles 110%. They were absolutely mind-blowing with their performances and portrayed the messages that their characters contained inexplicably well.

This movie also made me question mental hospitals and the extent of abuse which innocent patients have to suffer. I couldn't help but cry at seeing what the patient had to go through, and of course it made realise that if a movie is demonstrating these issues through a fictional light, the reality of many hospitals must be ten-fold more horrible.

nikhiyang Feb 19 2017 4:07 am I watched the trailer and started crying because i've missed Lee Min Ki so much!!! *starts crying again* this man is pure gold. i hope he comes back to the small screen soon...he's just too talented to be forgotten.

gerr Sep 05 2016 4:52 pm this is a really good and heartwarming movie and would definitely watch it again. i recommend it!! go watch it

RayneGenesis Apr 10 2016 8:17 pm This movie is literally the best movie i have ever seen. It has such a beautiful message and really tries to show the audience the world inside the hospital for better and for worse. Each of the characters is so gorgeous and unique, and you find yourself rooting for them with all your heart. It's a definite must watch for anyone who hasn't seen it.

This movie deserve my 10. I cry my tears out and everything was perfect. The story is bold, and the ending is indeed satisfying. It plays my emotion very well. It captivates my heart to see this kind of friendship, this kind of struggle, and I know so well how hard every actor and actress practice playing every single role here. This movie portrays the real things going on in the mental health hospital, and thus have clear message to deliver to everyone who watches.

Lee Min Ki and Yoo Jin Gu are the best crazy budies ever!!!

Thank you for everyone who works hard to present this awesome movie. It's purefect!!!