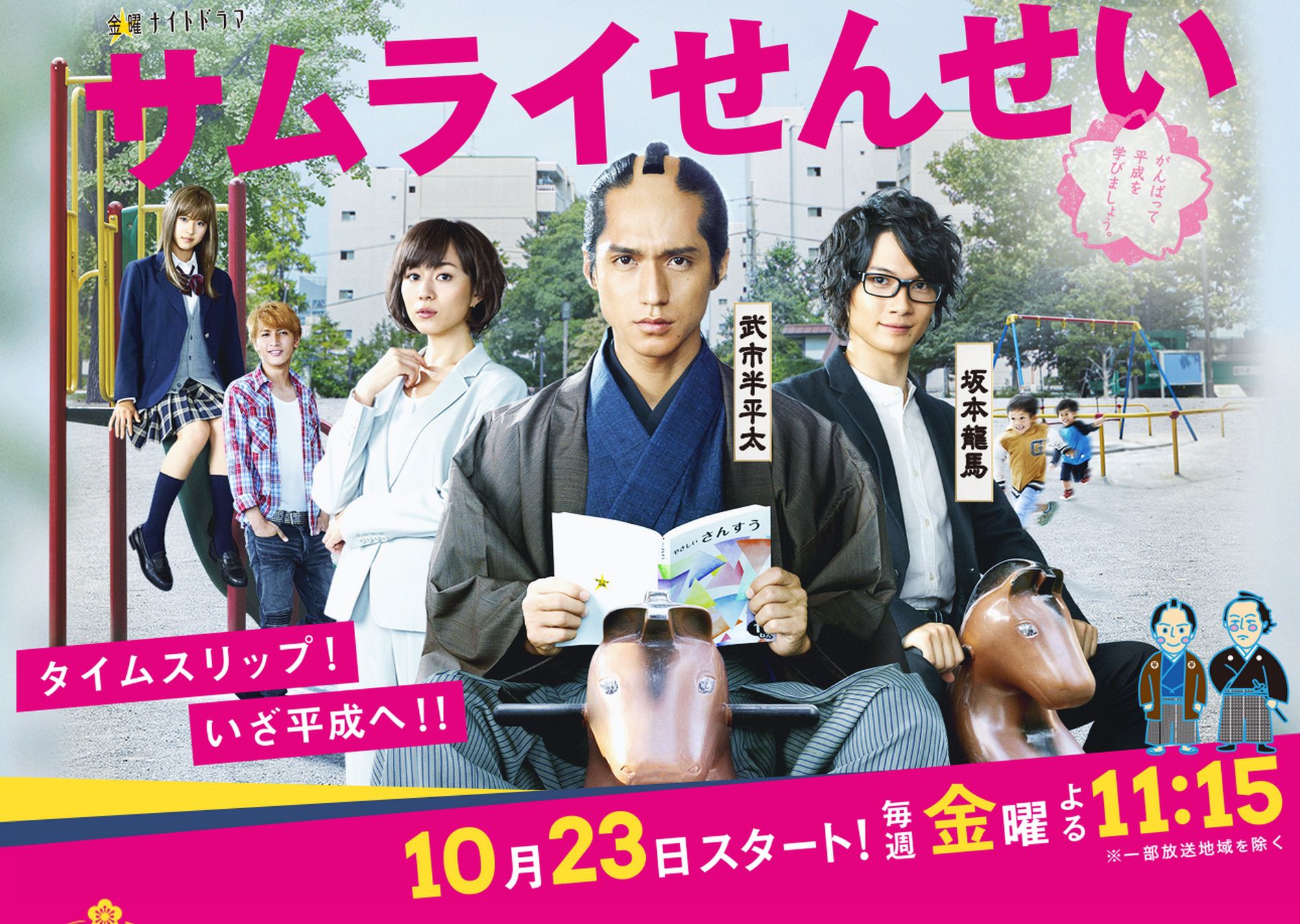 In 1865, Hanpeita Takechi (Ryo Nishikido) belongs to political activist group Shishi. He is then imprisoned and ordered to kill himself for disrespecting the Lord. When Hanpeita Takechi is about to carry out the suicide, he suddenly finds himself asleep in the middle of a country road. He is now in present day Japan, but he has no idea how he got here.

Hanpeita Takechi wants to go back, but he is stuck in the remote rural area. Meanwhile, villagers are embarrassed by Hanpeita’s appearance. Haruka Saeki (Manami Higa) works at a public office there and she hears about Hanpeita Takechi. Haruka Saeki finds him at the supermarket.

Sonia Singh Feb 13 2018 12:46 am Deeni its so much rude to say this about Ryo-Kun acting i guess you didn't watched him seriously.!! Ryo-Kun is one of the most talented japanese actor. He is such an versatile actor.

deeni Sep 30 2017 10:12 am I watched few drama of ryo nikishido and usually didn't like his acting but in this dorama...he's so hillarious! I also watched Manami higa played comedy for the first time here. I like it. Too bad...only 8 episodes. I wonder if it wasn't top drama in japan when it was aired...

Mirtika Jul 18 2016 11:55 am It's a time-travel dramedy, and it's a lot of fun, especially if you're a fan of the two principals, which I am. I especially enjoy Ryunosuke Kamiki, who is utterly adorable and charming here. Leo Morimoto and his smiling eyes work well in the role of the kindly man who takes in the samurai who is out of his era.

It's kinda silly, a bit over the top, and et it remains watchable and fun. I kinda hope there's more of samurai sensei. :D

Sarah Dec 19 2015 6:55 am so episode 8 is the final episode looking forward for the next drama I saw the manga today after watching the preview I am so exited to watch Sumika Sumire aka 45歳若返った女 / 45-sai Wakagaetta Onna

cm Nov 05 2015 12:30 pm I love this show!!! Great fun and the contrasts between past and present are cool. Interesting that it took an older, educated man to accept the possibility of a time slip. The young kids thought it was cos play!! We can tell who has imagination and dreams!

I look forward to upcoming episodes so I can continue to enjoy this entertaining comedy!