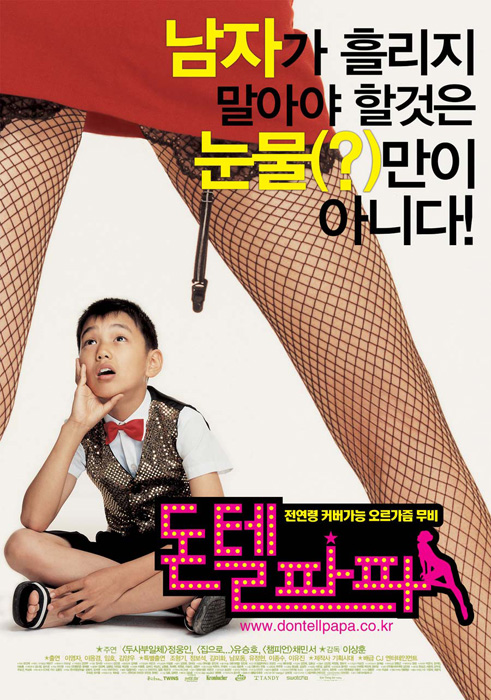 Don't Tell Papa tells the story of a third-rate DJ who finds his relationship with his young son rapidly deteriorating.

After a one night stand high school boy Chul Soo (Jung Woong-In) and Ae Lang (Chae Min-Seo) go their separate ways. However, approximately one year later, a basket with a baby is delivered to Chul's class room. As Ae has left Korea to commence studies in the US, Chul has no choice but to look for a part time job in order to raise the temporarily motherless child ??

High school student Chul-Soo (Jung Woong-In) has a one night stand with Ae-Ran (Chae Min-Seo). Since then, he has not heard from her since. A year later, a basket is delivered to the classroom where Chul-Soo studies. In the basket is a baby conceived by Chul-Soo and Ae-Ran. Chul-Soo tries to find Ae-Ran, but she is now studying in the United States.

Meanwhile, Chul-Soo is expelled from school due to baby. He raises his son Cho-Won by working as a DJ at a night club.

7 years later, Cho-Won (Yoo Seung-Ho) is now an elementary school student. Ae-Ran comes back to South Korea. She misses Cho-Won and watches him from afar without revealing her identity. Chul-Soo becomes frightened that he might lose his son to Ae-Ran and decides to work at another club in another area. Because of a small case, Chul-Soo becomes involved in a big case.