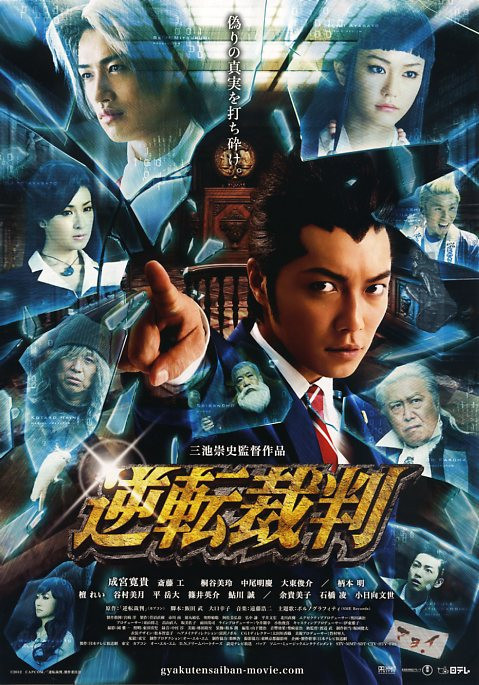 Set sometime in the near future, Attorney Phoenix Wright (Hiroki Narimiya) goes up against childhood friend and now top prosector Miles Edgeworth (Takumi Saito) over the guilt or innocence of client Maya Fey (Mirei Kiritani). The legal system allows for only 3 days of trial before the judge makes a decision. Intense pressure mounts on both sides as both men must use their power of persuasion and presentation to sway the judge. Jack May 25 2020 3:34 pm Hey I thought there was a show called Ace attorney not referring to the anime but the live drama . Similar story but his father is arrested for murder and he becomes lawyer to present his dads case .

Amy Jun 05 2017 1:16 am thou I just watched it now, I must say.... it was a great movie with a great cast. Love how Nari-kun portrayed Wright with that so-so manner.. ><.. although as a crime-lover myself, I must say it's a doubt on why Wright has little evidence and why didn't he also get more evidence? Well, since I watched quite a lot of crime drama, it really piqued me in that way :)

btw, what kind of name is 'naruhodo'? is it really the name used in the japanese version of ace attorney?