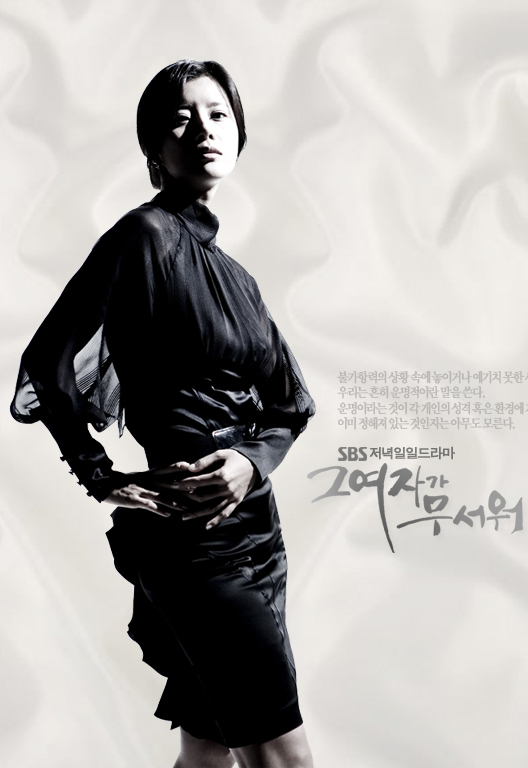 Young-Rim and Kyung-Pyo met in college and they were in love while they endured lonely time together. However, Kyung-Pyo who had poor childhood entered a company and met company president’s daughter Eun-Ae. While Kyung-Pyo decided to break up with her, Young-Rim had miscarriage by a car accident which made him think God helped him. On the other hand, Eun-Ae’s cousin felt threatened by a new dark horse, Kyung-Pyo and he started to investigate whether Kyung-Pyo had a woman before. Young-Rim had a big scar on her face from the accident and she started to rage by realizing that she got betrayed by Kyung-Pyo.

John May 24 2009 2:11 pm I have been seasrching for over a year to obtrain a copy of the dvd ?scary girl" = A vindictive Woman do you have any information on this item