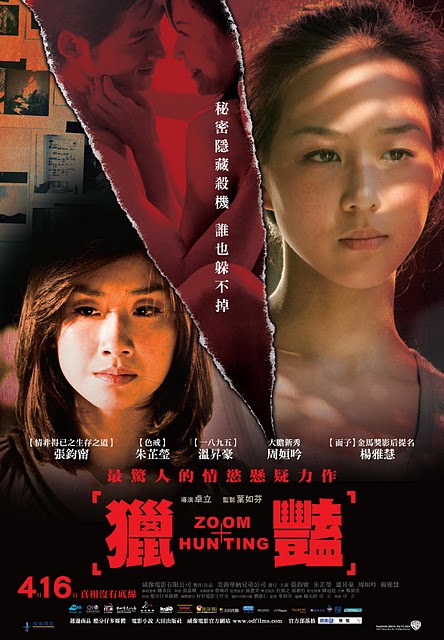 Sisters Yang Ruyi (Chun-Ning Chang) & Yang Ruxing (Zhu Zhi-Ying) shares a a flat together in a quiet Taipei neighborhood. Yang Ruyi is a photographer and her sister Yang Ruxing is a novelist. One day, Yang Ruyi is on her building's roof snapping pictures of her neighborhood. She then snaps pictures of a couple engaged in a heated moment near a window. Intrigued by the couple, Yang Ruyi investigates their backgrounds and discovers they are both married and having an affair. Her sister at first chastises Yang Ruyi for taking the inappropriate photos, but she also becomes curious by the coupe as well. Yang Ruxing is suffering from writer's block and is late on deliver her novel. She then uses her sister's photo's as the basis for her next novel.

When the man involved in the extramarital affair is murdered, Yang Ruyi begins to suspect her sister may have been involved ...