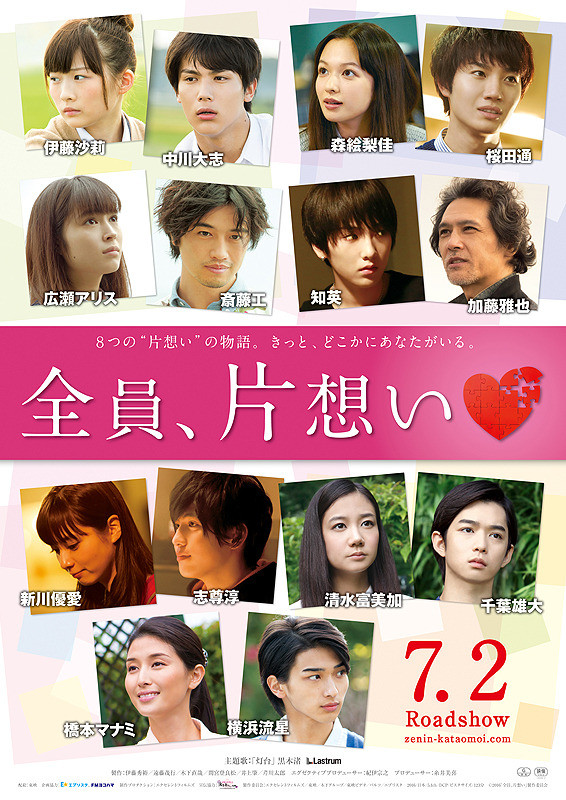 Hachi Jun 22 2017 11:35 am did anyone know all music list on Usotsuki no Koi's segment? especially when the first time in the club and when they walk beside train's title? I wanna know if you know anything please help me to find it. thankyou so much

MarGene Jan 24 2017 8:17 am Seriously? Why Yuria Haga is not in the film's poster?! She is the main character too. If you have seen the film, you can see that she plays an important role. (Also she is the most beautiful actress in this film, i thought :v)

minyoongijangjangmanboongboong Dec 31 2016 10:16 am Um..it's kinda awkward to see Erika Mori and Dori Sakurada act as a couple in this movie because in the drama "Good Morning Call" Sakurada is a highschool guy who likes the female main character and Erika Mori is the adult sister-in-law and first love of the Male main char. Both of them are like the love interest of the 2 MCs.