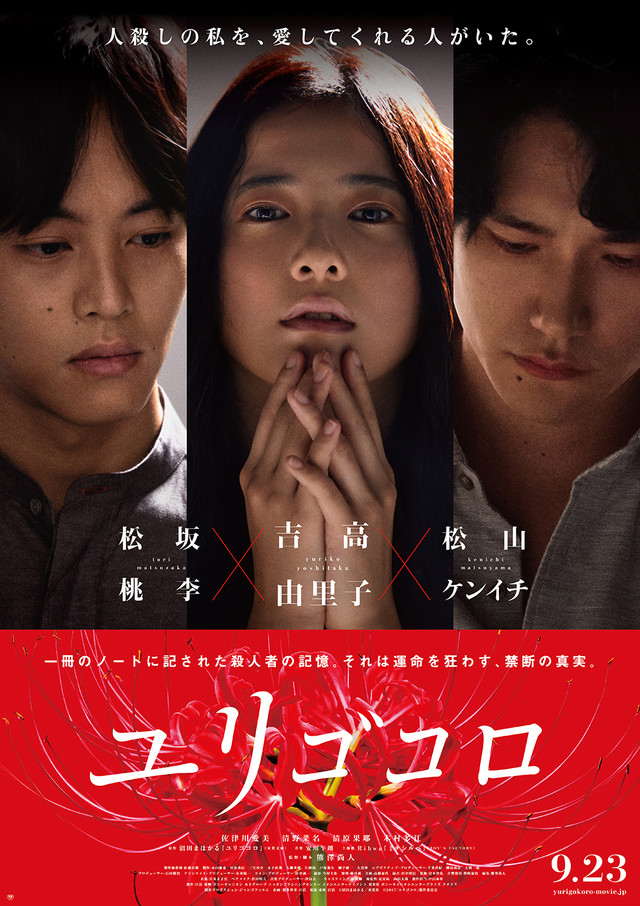 Ryosuke’s father has been diagnosed with late-stage cancer. Ryosuke finds a diary in his father’s study. There is a note written by a murderer.

aloustine Jun 24 2020 5:28 am this is a really good film for me ! the thriller is real! worth every minute even seconds watching this. the sceneries, the atmospheres, the characters and of course the plot are really interesting. and of course an unexpected plot twist which is really really unexpected and interesting. the actors/actresses are well chosen too.. i always love yoshitaka-san's works, she's amazing as ever, and of course matsuken and tori too! and for the rest of the casts, amazingg!

Simismile May 05 2020 7:20 am That was an amazing movie, for those who want a dark movie (gloque), thriller, murder case, psychological, with a romance, different genre of love and hate, also family ties There is a lot in this movie, and waw, they are what we call good great actors, i really Like the women and her expression

For me it is differenr from other style, and i understand why the novel got a prize, so if you are curious just watch it

Delvi Jan 15 2020 9:36 am Just watched it and cant believe why i dont discover this movie earlier. I can really feel the emotions that were put into the story. Eventhough the only reason why i watched this is bcus of Matsuzaka Tori but all actors did really good and it really moves me. The story is typical my style and this has been my favorite japanese movie. Kudos to the writer and the actors !!

phikr1 Aug 08 2018 1:24 pm now this is the kind of movie ive been looking for, especially for thriller genre

Alice Sep 25 2017 6:18 am I just watched it! I must say, I have mixed feelings. I love all of the actors, the cinematography was wonderful, some scenes were great, but a long of the story was just too much of a stretch, and it dragged on. In the end, it was kind of a mess, but oh well. Oh, and it's super gorey.

Mayu Feb 02 2017 10:25 pm I absolutely cannot wait for this movie to come out and get subbed in English! All the characters seem so realistic in the book; can't wait to see what they do in the movie and if they change any parts since there are some parts of the book that are probably really gross and a little startling to some people. But, I guess those are the thrills of reading an iyamisu.