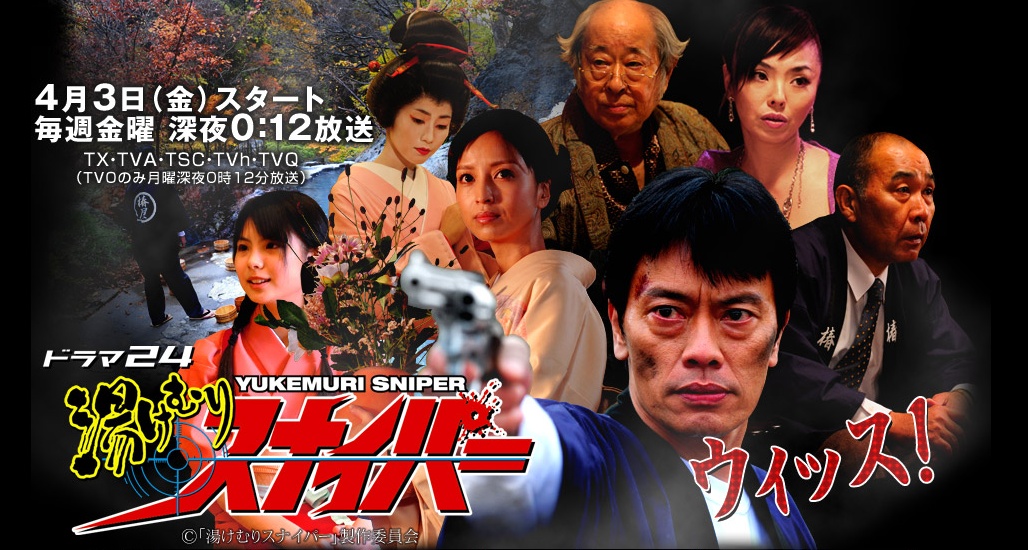 "Yukemuri Sniper" ("The Sniper in the Vapor") stars Kenichi Endo as an assassin who has decided to leave the business and try to go straight.

Gen figures the best way to escape his violent past is to retire somewhere that is remote and quiet, so he takes a job as a lowly attendant at a mountain hot-springs resort called Tsubaki-ya. He strikes up a friendship with one of his colleagues, a housekeeper named Suzuyo (Shoko Ikezu).

One day, Suzuyo's ex-husband, Tagawa (Kohei Mashiba), comes to the inn and roughs her up. Gen learns that Tagawa is a gangster and that he shows up at the inn every so often to take the money that Suzuyo has earned. Gen feels sorry for Suzuyo and calls Tagawa to try and reason with him.