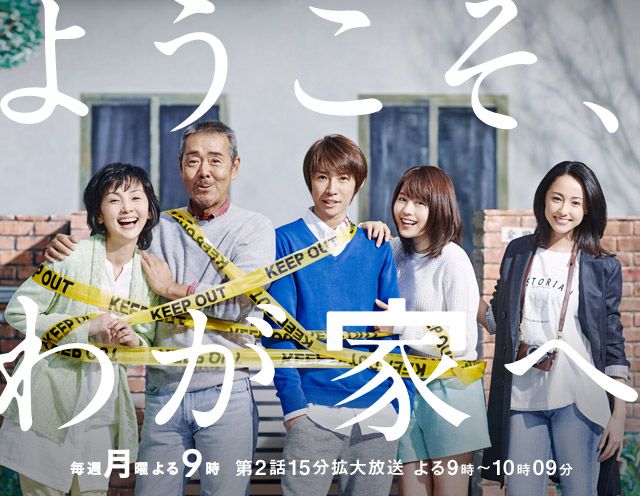 Kenta Kurata (Masaki Aiba) lives with his father, Taichi (Akira Terao), his mother, Keiko (Kaho Minami), and his younger sister, Nana (Kasumi Arimura) in an isolated home in the suburbs. He works as an unpopular commercial designer. Kenta Kurata possesses a timid personality, which he picked up from his father. Kenta doesn't like his father.

One day, while waiting for the train, Kenta warns a man who pushed a woman and cut in line. Kenta is surprised that he spoke out with his normally timid personality. After that incident, Kenta's family home is targeted by an unknown person with flowers from their garden being pulled out and the seat of a bicycle being torn. Also, Kenta's younger sister Nana is stalked by her ex-boyfriend.

Kenta and his family try to find out who is responsible.

moonshine Jul 21 2016 1:50 am sawajiri erika AND arimura kasumi both my fav actress in the same show I must watch this

sugarchups Aug 25 2015 4:34 am I'm watching this through WakuWaku Japan, Your Story is a horribly fun story to follow ;u;; and Erika Sawajiri is beyoooond beautiful ;;u;;