You Stole My Heart 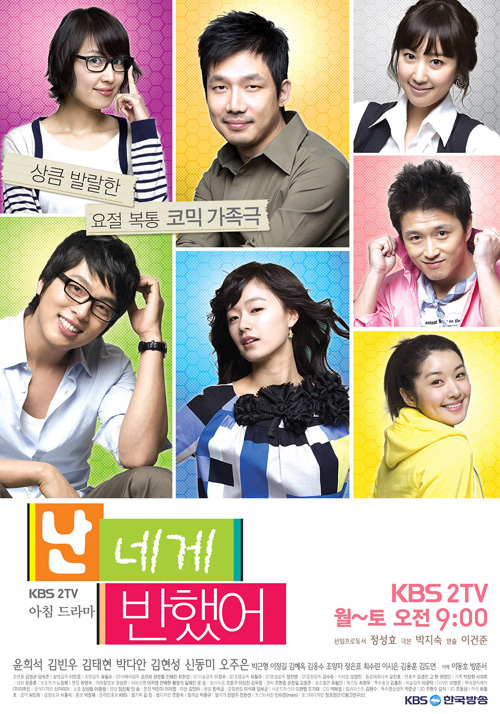 Gi-jo, a middle-class herbal doctor, leases upstairs to Deok-bae's family. At first, when Deok-bae's family moves into Gi-jo's house, they look like an ideal family: warm-hearted father, charming daughter, good-looking son, and attentive mother. But soon it turns out they are all greedy trouble makers. Ji-won, the sassy but spoiled daughter of Deok-bae, regards marrying to a rich man as the ultimate goal of her life. So she approaches Min-seo, a single father and the son of a rich shopping mall CEO Guk-jang, of purpose. Ji-won looks down on Gi-jo's son Woo-jin from the moment she meets him and the two begin their topsy-turvy relationship. But after she finds out Woo-jin has a doctor's degree and some wealth, Ji-won tries to lure him as well. Min-seon, Min-seo's sister and colleague of Woo-jin gradually develops warm feeling toward Woo-jin and decides to win his heart. Meanwhile, Woo-jin's sister Woo-jeong begins fall for Ji-won's brother Ji-hoon, who is irresponsible, immature but charismatic.