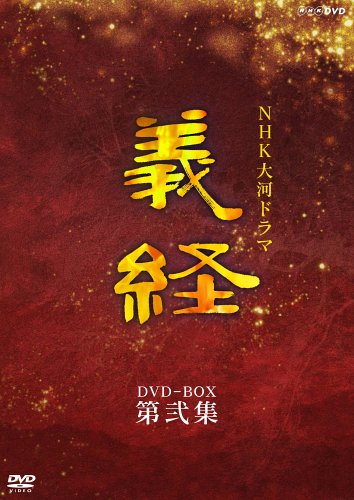 The historical Taiga drama for 2005 is a life story of Minamoto Yoshitsune, popular historical figure in Japan who is known to have been an excellent battle commander in the very end of the Heian period. Yoshitsune, a member of the Genji clan, contributed greatly to the clan's victory over their rival Heike clan and to establishment of his brother's first shogunate in history. Based on a novel by Tomiko Miyao, the drama portrays the life of the "super hero" focusing on the rivalry and sympathy between Yoshitsune and Tairano Kiyomori, the head of the Heike clan.

Joisu Jan 31 2018 11:53 am I am a late starter for Japanese dramas having been smittened with mostly Korean dramas but all that changed after I chanced on some very good Japanese dramas ... and then this gorgeous person Hideaki Takizawa appeared on the screen ... swept me away with his irresistible charm instantly and that sealed my love for all things Japanese and of course my search for him and his works began. 愛しています❗️

alice Dec 21 2017 10:33 am Great show, one of my favourite of the taiga doramas. Tackey just blew me away in this one. Before this role, I thought he was just another pretty face. Whoever doubted his acting skill should watch this one. Since it's based on the Heike monogatari, there are some fantastic elements in the story.