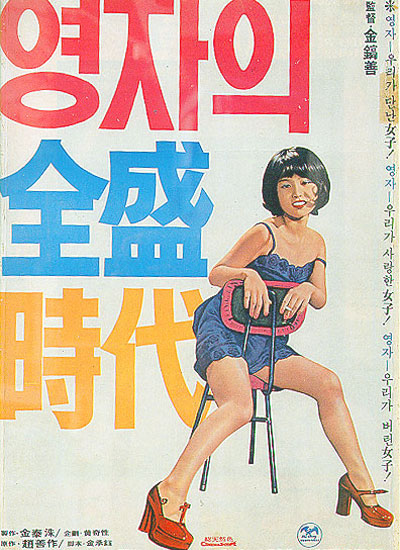 After discharging from the army, Chang-Su ,a massagist at a public bath, happens to meet Young-Ja at the police station. Three years ago, when he was an ironworker, he fell in love with Young-Ja, a housemaid in a rich family. After being raped by her employer's son during Chang-Su' military service period, she works in a sewing factory but she quits the job because of poor pay. Then she works as a barmaid and bus conductless. Young-Ja loses one arm by car accident and tries to kill herself but fails. Then becomes a prostitute. Chang-Su makes her an artificial arm. After several years, Chang-Su sees Young-Ja living a happy married life and wishes her happiness married recalling Young-Ja's heydays,