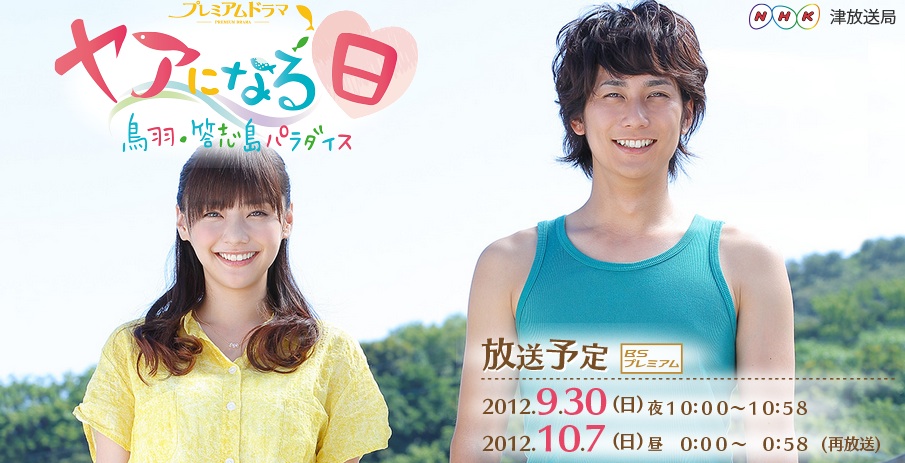 Sachiko Yamaoka (Kana Kurashina) works at a hotel in downtown Toba, Japan. She is pregnant. Her lover Hisashi Narumi (Yuta Hiraoka) tells her that he wants to go back to Toshi island and become a fisherman. Without telling him that she is pregnant, Sachiko visits Toshi Island.

Sachiko is introduced to his parents Genzo Iwanami (Masaomi Kondo) and Sugimoto (Megumi Igarashi). Sachiko is embarrassed by the hospitality shown by Hisashi's sister-in-law, Nagiko (Miho Shiraishi) and his friends. At this time, Sachiko meets Miho Hamamoto (Asami Usuda). Miho movied to Toshi island and married, but Miho can't adapt to life on the island as well as her husband Akira (Ryohei Abe). Sachiko begins to worry if she can live as the wife of a fisherman.