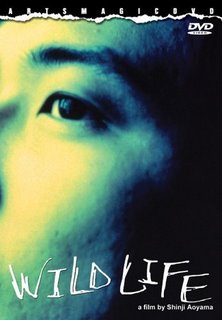 Sakai Hiroki (Kosuke Toyohara) works in his friend Kenzo Tsumura's (Mickey Curtis) ailing pachinko parlor, resetting the pins on the machines. His peaceful existence is upset one day when he runs into an old friend, Mizuguchi, a shadowy figure who seems to have ties to everyone, including the Yakuza gang angling to put Tsumura out of business. Hiroki starts to run into problems with Mizuguchi's enemies, which are both plentiful and powerful, though our retiring hero is bewildered as to his own role in the situation. In the midst of the madness, Hiroki captures the affections of Tsumura's beautiful daughter Rie (Yuna Natsuo), as well as the gay cop who has been providing the parlor with police protection. It comes to light that the Yakuza believes Hiroki is in possession of a damning videotape, and he must race to save Tsumura before the gang can do more harm than they have already.