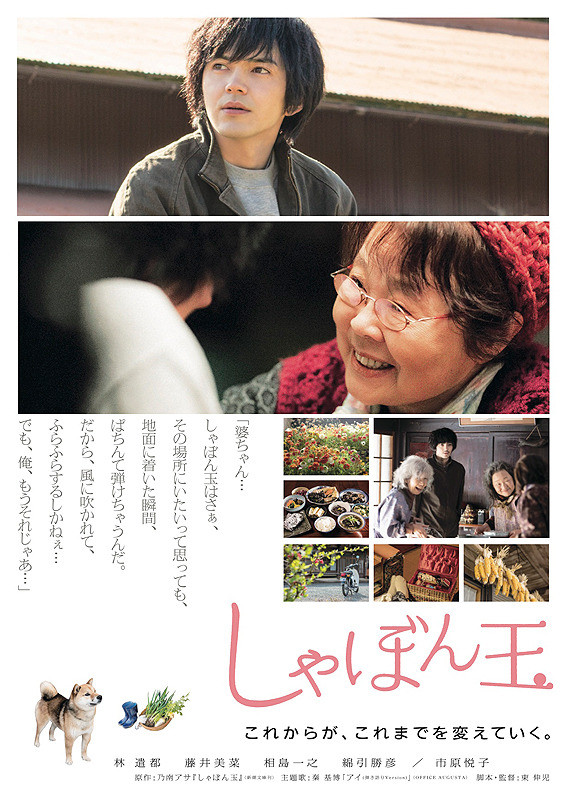 Izumi (Kento Hayashi) was abandoned by his parents. He now commits burglary, targeting women and the elderly. He is chased by the cops. While on the run, in the mountains of Miyazaki Prefecture, he helps an injured elderly woman, Suma (Etsuko Ichihara). Izumi then stays at Suma's home. At first, Izumi keeps an eye for money that he can steal. The people though in the village think Izumi is Suma's grandson and take care of him. A change takes place in Izumi.

Mina fujii Oct 18 2018 9:38 am Not many like this kind of movies but for me it's exactly what I want. It's a slow moving movie with a great rural scenic beauty. I enjoyed thoroughly. My only criticism was that the story between Izumi and Michi could have been better.