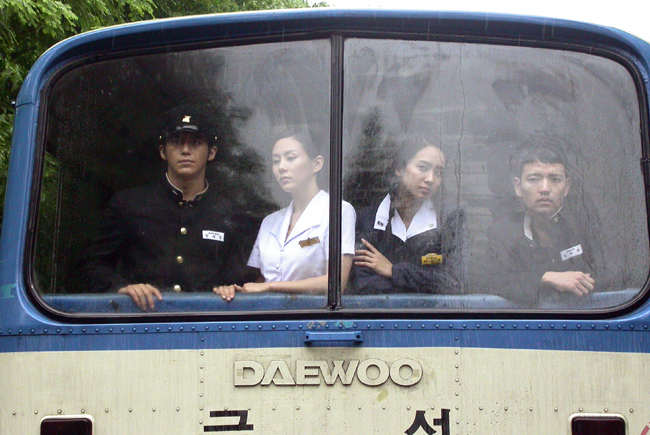 After the death of his mom, Ji-hoon (Ko Soo) moves into the home of Mr. Seo. Ji-hoon falls in love at first sight with Mr. Seo's daughter, In-hye (Park Jung-ah). Ji-hoon also becomes good friends with Seok-hyeon (Bae Su-bin) But one day, In-hye decides to leave home for Seoul to pursue her dream of becoming an accomplished cellist, without telling Ji-hoon. Seok-hyeon also decides to move to Seoul after he learns that he is the love child of President Kang, a wealthy hotel magnate. When Ji-hoon finds out that In-hye left for Seoul without even saying goodbye, he finds his way to Seoul to find her. One day, while Ji-hoon is riding the subway, Jung-woo (Park Ye-jin) takes a liking to him and decides to steal his wallet to get his attention. Through this incident, Ji-hoon gets to know Jung-woo and settles down in Seoul by enrolling in the same bodyguard school that Jung-woo is attending. The bodyguard training school finds a part-time job for Ji-hoon and Jung-woo, which is an assignment to guard President Kang for one day. Ji-hoon protects President Kang at an evening party hosted by Kang himself, and by coincidence, he also meets In-hye and Seok-hyeon. The fates of four young people become hopelessly intertwined after this fateful meeting.

Afenie123456 Jun 10 2017 6:58 pm @OhOh: At first yes, he married her without fully loving her, but by the time In-Hye character came around wanting to love him back..he was already in deeply in love whit Jung-Woo (YJ character). Althought the ending wasn't the best. But I think it was poetic, because it served as penance for In-Hye to take care of their love child for the rest of her life and the only way she could be in someway whit him.