What on Earth Have I Done Wrong?! 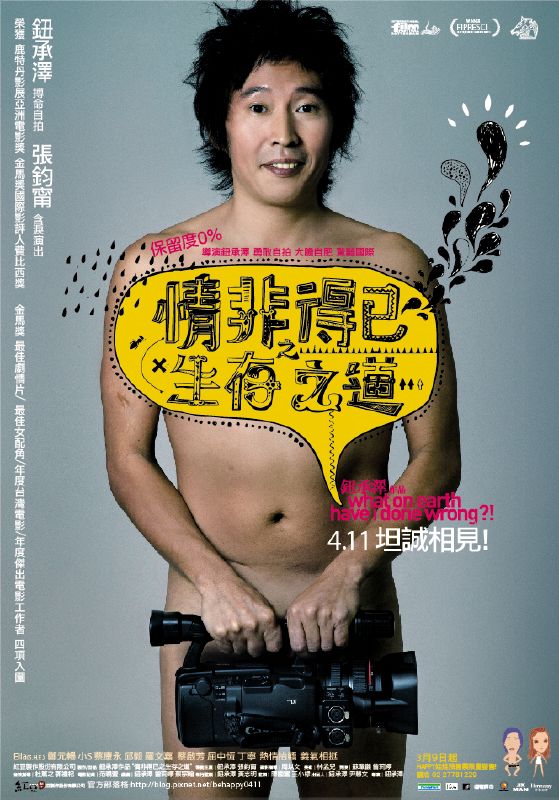 The film opens during a night of drinking and profane chatting with friends, when Doze comes up with an idea for a mockumentary film that will tear a new one into everything that is wrong with Taiwanese society, which means the politicians and the media. It will even climax with someone crashing a car into the presidential residence, which sounds like the words of several drunk and pissed-off men than something a low-budget independent project can pull off.

Amazingly, the project lands a government grant, but Doze's tired girlfriend Ning-Ning (Janine Chang, as herself) can't even be bothered to care. With a small crew ready, Doze dives headfirst into planning and shooting the film, but various disasters begin to pile up almost immediately: His leading man bails on the project, the company runs out of funds, and his producer disappears, prompting Doze to turn to his mother and shady businessmen for money. When Doze does start shooting, he can't even get the footage he wants because of an incompetent crew. -- Love HK Film