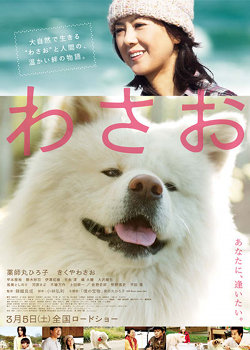 A big furry white Akita arrives wonders into the town of Ajigasawa, Aomori - within view of the Shirakami Mountain Range. The dog is tired and in fact has travelled all the way from Tokyo to find its owner. The Akita dog then runs into Setsuko Kikuya (Hiroko Yakushimaru), the owner of a squid restaurant. The dog doesn't seem to follow anybody and has a habit of appearing and disappearing.

Through several cases likes the Nebutsu Festival & the Ajigasawa Triathlon Event, the relationship between Tetsuko and the Akita dog becomes closer ...