Warriors of the Dawn 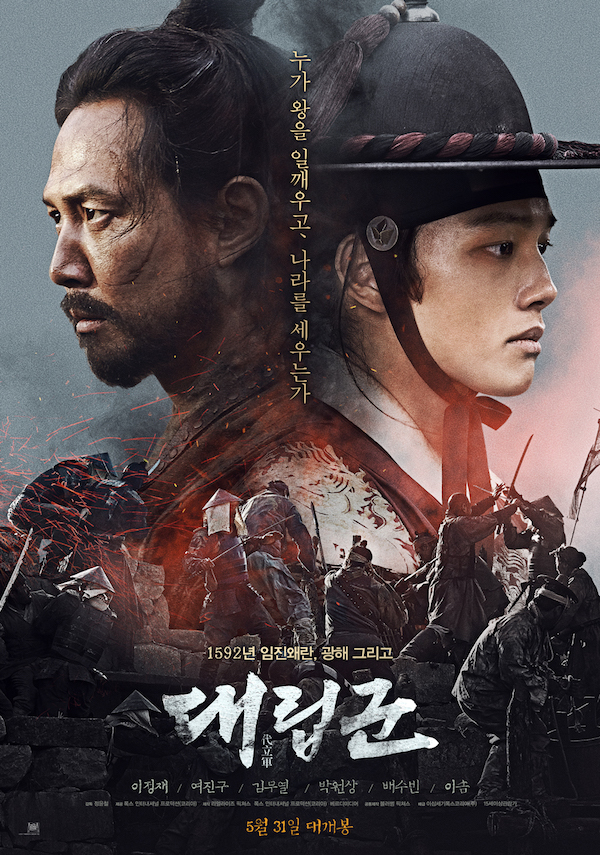 To avoid invading Japanese forces, King Seonjo leaves for the Ming dynasty and abandons his people in the process. In his place, Prince Gwanghae (Yeo Jin-Goo) leads the royal court. Meanwhile, To-Woo (Lee Jung-Jae) leads the Daerib forces. They consist of those who are paid to serve in the military on behalf of others.

Praise the unsung heroes of those days

Guiltypleasure Mar 29 2019 10:17 am Big respect for the voluntary / unnamed soldiers

Vincenza R Palms Feb 22 2019 11:58 am Love his acting, his demeanor. Can't believe that he is so young!!!! I am a new subscriber as I did not know about this site. I am 69 years old and have become enamored of Asian dramas, culture, everything that goes along with it. Am a huge fan of BTS and there are times in the Crowned Clown that he reminds me of Kim Taehyung. Keep up the great acting work. Have a great, Blessed life. I Purple you.

agnes lorenzo tamayo May 01 2017 6:32 pm cant wait for the release of this movie... the trailer itself speak for the entire movie

hongberg Apr 12 2017 4:12 am The trailer looks so amazing!!! I love that despite this being the 3rd time Yeo Jingoo is playing a Joseon prince, he can still manage to create distinct acting for each one. I'm so excited!

Lee Seo Hwa Dec 12 2016 8:23 am That looks like Imjim War of Jingbirok or something, I hope it's interesting than that

Yeo Jin Goo Biggest Fans ;-)) Oct 10 2016 4:03 am Yeo Jin Goo is sooo talented and the most handsome man I've ever seen. Love him so very much and thank God that He made Jin Goo sooo perfect, he just brings smile and brights up my day....LOVE YJG