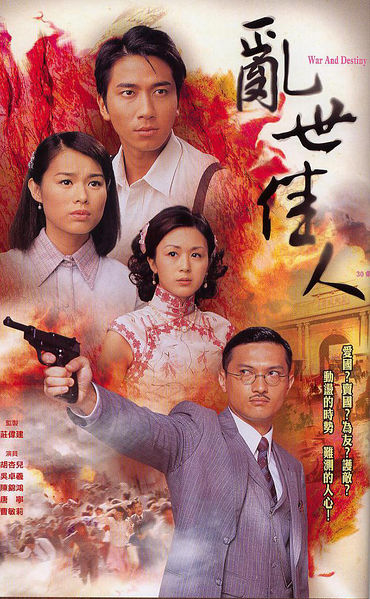 Koo Ping On (Myolie Wu), her best friend, the brother-like Tin Hao Yi (Ron Ng) who grew up with her, and her mother, lived peacefully together until one day, Japanese forces invaded and disrupted the lives of many in their residing hometown. Afraid to fall as the next victims, Hao Yee took Ping On and her ill mother to the great city of Nanjing, in hopes to seek her father, Koo Man Chai (Lau Dan) who owns the biggest rice company and business in town for help.

Unfortunately, her ill-fated mother met her death soon. However, before ending her last breath, she handed Ping On a jade ring to prove her relations with the old man, hoping to provide her daughter a settlement with the family in where she belonged. Thus, Ping On is recognized as the 2nd eldest daughter of the Koos. As for Hao Yi, due to close bonds with Ping On, is placed as one of the rice company's many workers.

The Koos are not only the owner of the biggest and most prosperous rice company in the city, but also the family of the greatest wealth around. However, problems arise often in the family.

Although the compassionate, selfless, humble and tender Ping On desperately tries the best she can to please her family, especially the first wife who loathed her (Ping On's mother was her maid but had an affair with her husband) things get worse as time goes by. She thought nobody in the family would ever grow to accept her until her father marries a 4th wife by the name of Cheng Yuet Fung (Leila Tong) and she finds a companion for once in the household.

Koo's rice company business declines, and finally under the treacheries of Poon Sai Cheung (Sunny Chan), a rich, devious businessman and restaurant owner looking to expand his wealth, the company goes under his liability. Furthermore, he is well known for being a traitor and "a Japanese work dog".