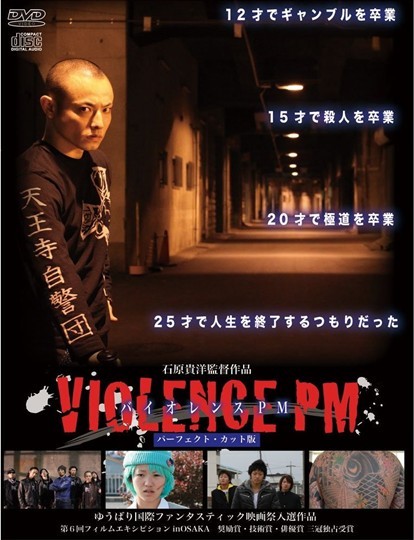 As a young child, Masashi and friends play dice in front of a store. A man from the store pulls a girl from Masashi's group into an alleyway. He reprimands her and then proceeds to slash her cheek with a razor blade.

Several years later, Masashi, now a teenager, hangs out at a diner and talks with friends about their upcoming fight with a rival gang. Masashi then spots a man in a corner booth. The man is the store owner from several years back that slashed Mashashi's girlfriend in the cheek. Masashi tells his friends to wait for him outside. He then walks up to the large man and challenges him to a fight outside. The large man enthusiastically takes on Masashi's challenge. When they get outside, Masashi has several friends outside with baseball bats.

Masashi now as an adult works as a low-level member in yakuza gang. One day, he's ordered to make a reservation for his boss at a nearby hostess club. When Masashi returns, he discovers all of his group were killed by an assassin. Masashi is then beaten by other gang members. They suspect Masashi might be a snitch. Eventually, Masashi is kicked out of the yakuza and spends his days laying aimlessly in his apartment. When a letter arrives from an old high school friend, Masashi is given a chance for a new start by joining a guardian angel group ...

Q&A took place after a screening of "Violence PM" at the 2011 Puchon International Fantastic Film Festival on July 16th. AsianWiki editor Ki Mun was there and transcribed/translated the session.