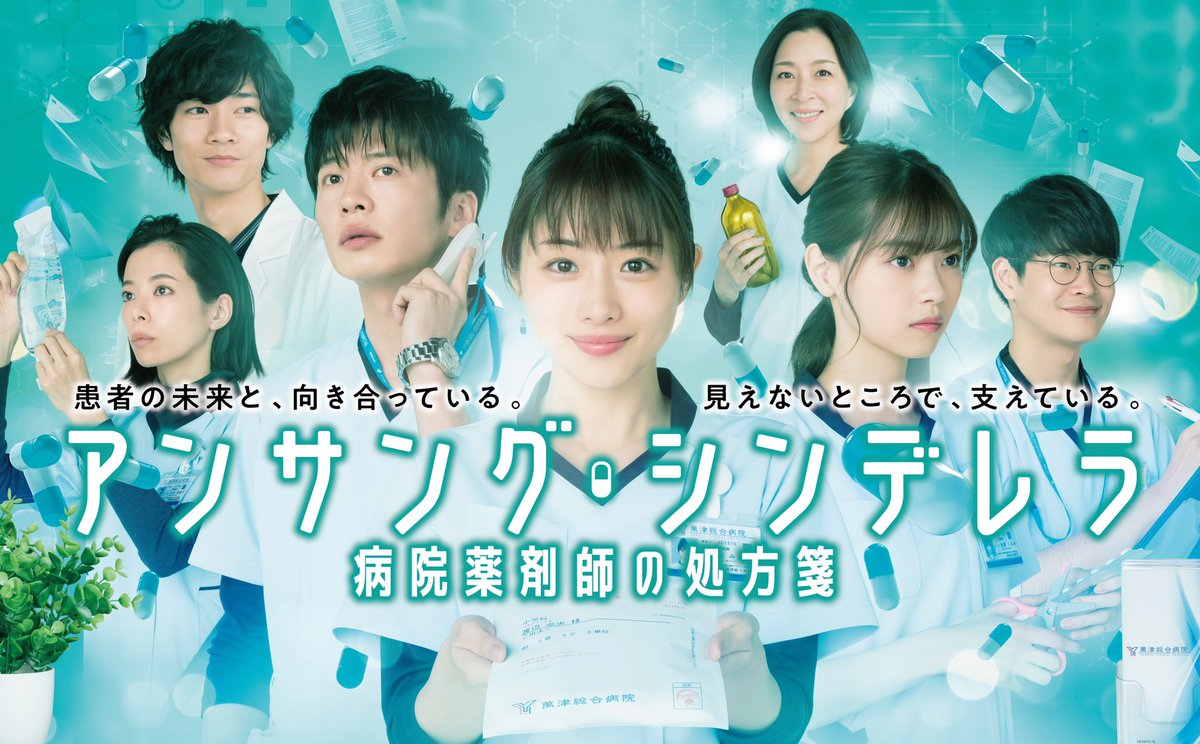 Midori Aoi (Satomi Ishihara) has worked as a pharmacist at a hospital for the past 8 years. She holds the belief as a pharmacist that medicine is related to a patients' daily life and, because of this, pharmacists needs to know about their patients. Consequently, Midori Aoi spends more time with her patients than other pharmacists. She receives criticism that she should work more efficiently, but she never wavers from her belief.

Noor Dec 30 2020 2:08 pm Such a hrart-warming drama ,I've cried River watching it. It makes me wonder does pharmacist really works like that??! I mean I'm nurse in my country a pharmacist in hospital doesn't come near to patients at all ??!

areejps Nov 14 2020 2:46 pm OMG this is heart warming , i am a hospital pharmacist in oncology department , sure this will make a huge difference in my job as a pharmacist , because i know japanese drama always taught me things about life, relationships , jobs and life quality , i watched the good doctor japanese version and it really helped me in my startup in my job now , as it was so hard and competitive , i will watch doctor kokoro oncologist and radiation house , as they are related to oncology world where i work now .. i am really thankful

scarletsungrok Aug 29 2020 11:52 pm by far the best medical drama i have everrr seen, I love how each episode focuses on certain patients and following the pharmacists teams journey is so heartwarming. i will definitely miss this drama once it is over !!!

Nessa Aug 12 2020 8:39 am So Good!! This drama is very heartwarming. Every episode makes me cry lol I love the characters so much!! And I also learn a lot about our hardworking pharmacists~ this drama made me appreciate them more! Thank you to all our unsung heroes!! <3

jeonnie Aug 10 2020 7:20 am I Cried A Lot Thru-Out The First Episode It Was So Heartwarming T_T as a pharmacist myself I can really relate to how these pharmacists feel during their work in hospital. Thank You For Making This Manga Into A Dorama I Never Felt This Appreciated Before T_T

Patricia Mar 29 2020 1:07 pm Being a Pharmacist myself I cant wait for this plus I love Sho Kiyohara and Satomi Ishihara

Alexis Feb 15 2020 10:29 am Fun fact, this show is taking over the time slot of the show starring the woman who played Ishihara's sister in dear sister. I know, really random...