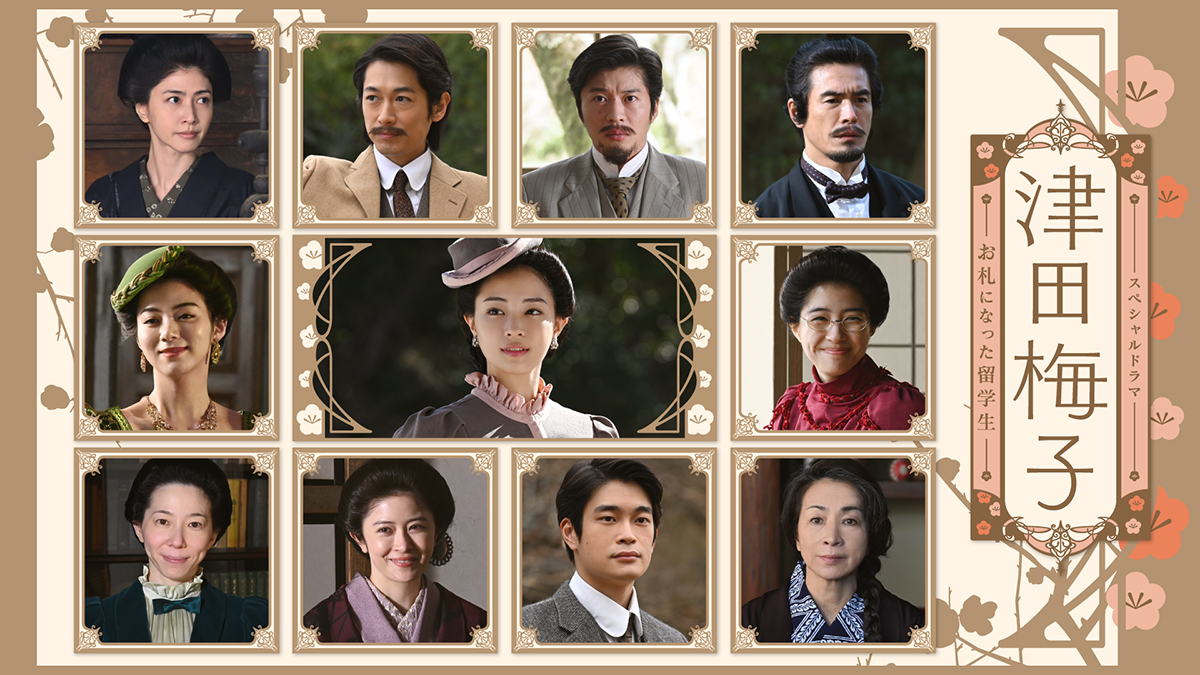 Umeko Tsuda (Suzu Hirose) was born in December 31, 1864 and became a pioneer in women's eductation.

In 1871, Umeko Tsuda, with her father's recommendation, went to the United States to study at the age of 6. She was the youngest of the group of females to travel there. They were the first Japanese female students to study overseas at their government's expense.

11 years after studying in the United States, Umeko Tsuda returns to Japan. She wants to become a woman who is helpful to her culture, but she is shocked by the low status of women in Japan.

Gemma Naito Mar 19 2022 8:32 am I loved watching, especially role played by Suzu Hirose, one of my most favorite Japanese actress. I was also surprised hearing her speaking English very well. I want to watch it again. Thanks to Asahi TV for showing the true to life story of Umeko Tsuda

nani Dec 22 2021 8:48 pm This seems Good. A biopic of big importance esp since in 2024 they are getting a currency of her, but this looks good and plot wise is interesting