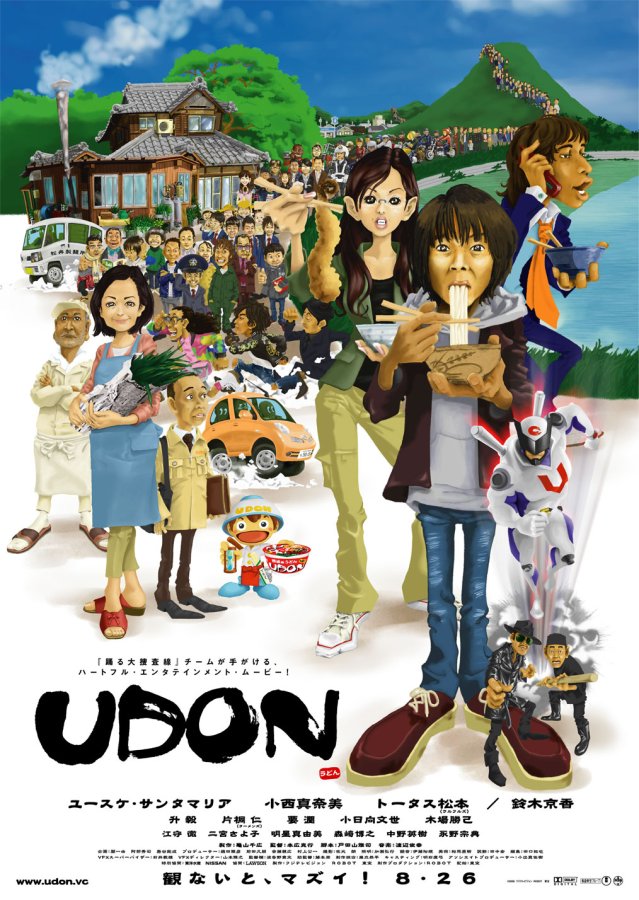 Kosuke is 31, and tired of his hometown where nothing happens. On a whim, he departs for New York with dreams of making it big. 6 months later, he straggles home... defeated, and saddled with debt.

Awaiting him are his old friends, a caring sister, a disgruntled father ...and a bowl of noodles. Namely, "udon" noodles. The town is built around udon, sustained by udon, nationally famous for udon. The region even lends its name to a particular type of udon - "Sanuki Udon."

It is the town's fixation with udon that essentially drove Kosuke away. Little does he realize upon his inglorious return that he - and the rest of the free world - are about to rediscover the miraculous wonder of this local delicacy.

The steam rises on a vastly entertaining film! The same talented production staff that shattered Japanese box office records with the thrilling "Bayside Shakedown" series reassembles to explore the mysteriously delectable depths of Japanese folk cuisine with UDON, thick noodles made from only flour, water and salt. From such humble ingredients comes a noodle dish so simple, so cheap, yet so infinitely profound in flavor and satisfying in consistency, that it has become an irreplaceable staple of the local diet, written into their culinary DNA. Udon is "soul food."