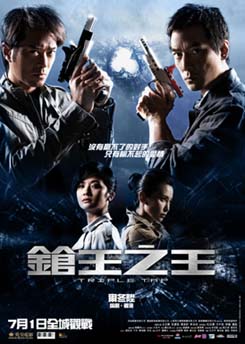 Ken Yao (Louis Koo ) works as a successful fund manager, but also excels as an expert marksmen. One day, after a competition for sharp shooting, Ken stumbles upon an armed robbery. Ken notes a police officer about to be shot and takes action. As an expert marksmen, Ken is able to take out 4 of the robbers, while only robber is able to escape.