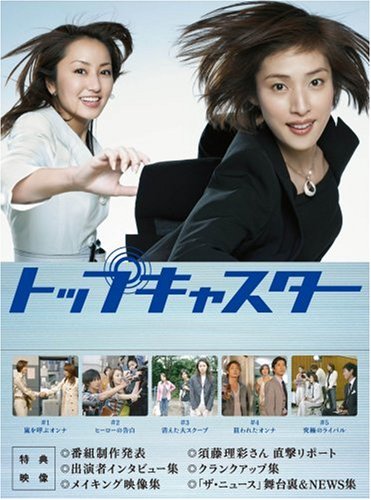 A woman newscaster, already a legend for her series of news scoops, and a newly arrived young woman newscaster whose values are diametrically opposed to the other one carry on a grand struggle in a curious three-legged race. Those women have a passion for work and love and compete against each other on the top anchor position and regarding the man whom they are both in love with. Here’s a light comedy that depicts life’s joys and sorrows and human events with a news program as the set in a bright and cheerful manner.The setting is the news bureau of a commercial television network. Haruka Tsubaki is the anchorwoman of a freshly launched evening news program. She’s what you call a darling of the news industry, dashing from one scoop to another. Although she appears to be cold and devoid of feeling, she has a surprisingly human side. The scenarist of such shows as Tokyo Love Story, Last Christmas and Journey to the West has interwoven unique warm touches into the plot, which depicts the real lives of Haruka and the other women, as well as the friendships and human stories of the news staff.