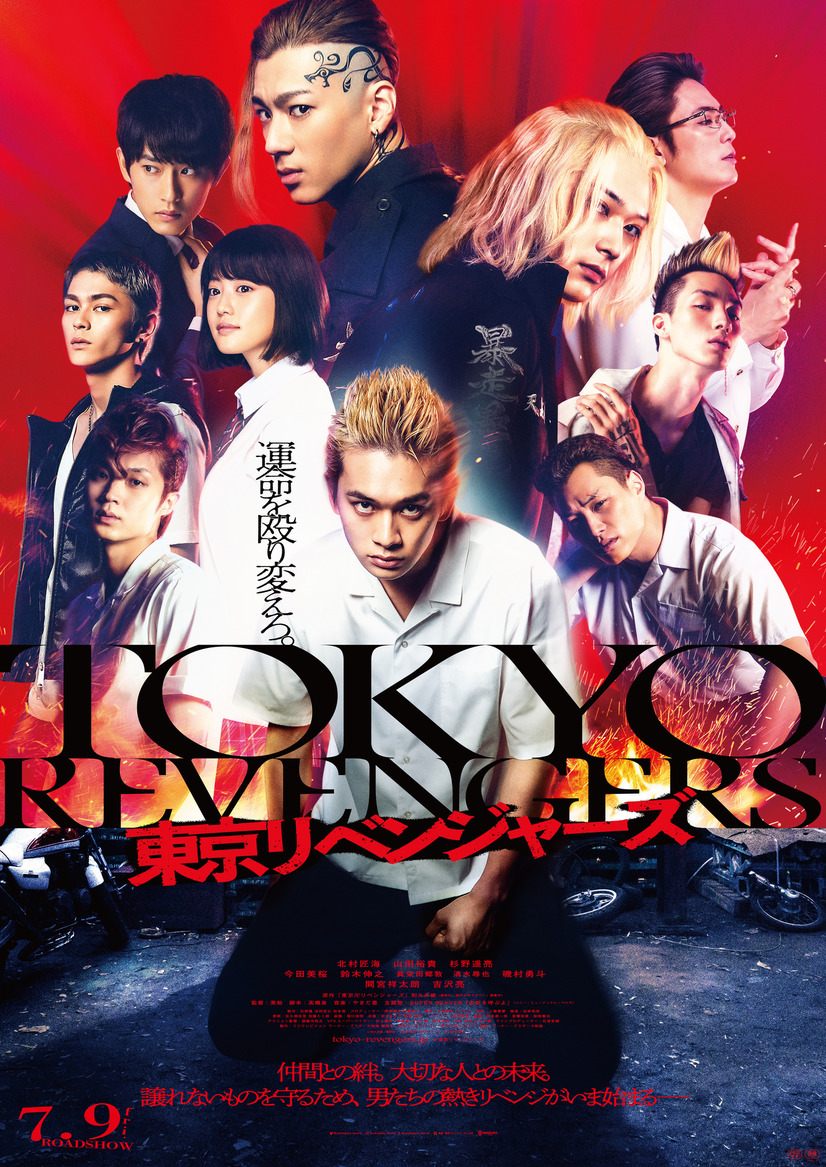 The next day, Takemichi Hanagaki is pushed by someone on a station platform and falls onto the railway track. At that moment, he goes back 10 years into the past. There, he tells Naoto Tachibana that in 10 years, Hinata Tachibana will get murdered. This changes the present day. Now, Naoto Tachibana works as a detective and avoids being killed by the Tokyo Manjikai Gang, but Hinata Tachibana's fate is different. She is murdered by the Tokyo Manjikai Gang.

Takemichi Hanagaki then asks for help from Detective Naoto Tachibana. He wants to save Hinata Tachibana by going back in time to destroy the Tokyo Manjikai Gang.

Aisuu Apr 24 2022 10:20 am After watching anime and live action some scenes were different and same as well. Not really disappointed but I'm glad they made a live action with these amazing actors! Fight scenes was superb but some really prefer anime lol. Some characters were missing like Emma, Baji, Kazutora, Chifuyu? Maybe they're on second part and I think there will be part 2!!!

P.S: After wathching em I became a delinquent...damn they made me insane lol

Tamiko Mar 25 2022 4:56 am Will be the second part of live action? I liked this movie a lot. The actors were awsome. Draken one love. Can't wait to watch the second part.

Crazyformusic101 Jan 18 2022 5:15 am Frankly speaking even if I'm a Ryo fan and he is an amazing actor. I still had my doubts of him playing Mikey as Mikey is such a character who needs to be cute yet terrifying and he nailed it. Not just him but each and everyone of the cast nailed their charecter. The movie definitely is better than the anime. Alot of story from the manga is cut off but all the important scence are done to the perfection. Just sad over how Mitsuya was shown though, as he is one of the strongest fighter in the manga but in movie that really wasn't shown even how we didn't get the epic Mikey and Hanma's battle. Part from these two things just loved the movie. Can't wait for the next one m I'm going to cry buckets over Baji.

renai kisoku Jan 04 2022 3:38 am Honestly, this live action is 10x better than the anime one, and the story written for LA is 100% right, they just need to end there and it would be a good show. Because more than that, it's just feels stupid, cringy, and plot milking.

Glad the director improvise it and made some scenes looks different and more epic than the lazy action animation frame. This is how a live action should be done. To be more alive and realistic, don't complain anything about it, because it's an adaption and no one is perfect to do it.

Episodes and movie is whole different concept. If you wish more than 2 hours sitting, just watch some dramas or read manga. Mark my words, for those who begging for season 2 or another sequel... it's never gonna happen. The LA itself already ideal and flawless as it should be. No more nonsense and shitty things happen to make viewer looks dumb like the anime did.

Sam Asakura Jan 02 2022 3:28 pm That was a very good live action! Can't wait for the part.2. Takumi and Mio reunited after You shine in the moonlight.

kinggd Nov 11 2021 2:10 am i expect high on Gordon Maeda,Hiroya Shimizu, and mamiya shotaro idc abt the rest so excited

Fida chan Nov 02 2021 11:36 am surprising and impressive to be able to watch a live action movie like this in local theaters. all the actors and actresses look perfect

Ruby Dec 19 2020 7:45 am Nobuyuki and yuki yamada also in High And Low. Also with Hayato in Kyou Kara Ore Wa. So many similar faces. Too many hotness

Aki Dec 16 2020 11:05 pm Wow all the casts are so familiar and already watched their doramas. Nobuyuki and Hayato were in From today, its my turn too as friends. Wow my favsss

All my fave jap actors are here (except for Mackenyu)

Will Kiryuu Jun 28 2020 12:11 am The manga was great!! I have mix feelings about watching these actors replicate those scenes but I think it's worth watching

kagurachi Mar 11 2020 6:03 am Woah, the cast looks extremely promising. Pretty sure they’ll be able to pull it off. Also, gotta admit every single of them is handsome as heck!

Gajjdd Mar 07 2020 4:52 pm This is literally one of my fav mangas sad they didn’t go with an anime first instead of a live action movie. But I’ll still watch!

purefire Mar 05 2020 11:35 am this series should be animated before live action..best manga i've ever read this year.