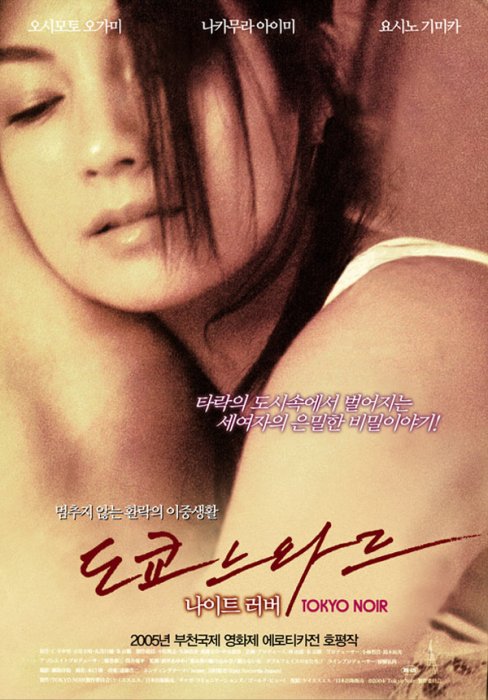 Part 1: Birthday “My father disappeared on my seventh birthday. Since then, there has been no reason to celebrate my birthday.” Mari Kitajima (34) has been working at an Internet firm for 12 years. She gets the job done without compromise, but her much younger colleagues ridicule not only her old-fashioned sense at work, but also the fact that Mari is still single at her age. She actually has not dated with a man for many years now. She can't help but to feel that a mature woman is no use to anyone. She starts to experience frequent dizzy spells, not knowing what is wrong with her. One day on her way home, she meets with a mysterious hairdresser. He then transforms weary looking Mari into a beautiful woman at his salon. “You're so charming” says he and continues, saying he has work for her picking up guys in expensive hotels. Mari stares at herself in the mirror and almost by a spur moment of the decision she nods to him. Mari looks for men to pick up in the hotel and begins searching for ones who resemble her father….

Part 2: Girl's Life “I've been wounded but I'll get through it, although no one will probably ever understand…” College student Miyuki has been working part-time in a massage parlor for three months. The reason? Probably because her boyfriend Tomoya dumped her and started going out with a girl called Rika from the same university. Or it may be something to do with protecting herself, trying to maintain a shaky balance in her life? Then one day, Tomoya turns up at the massage parlor. He apologizes for the past. “Is it my fault that you're working here?” he asks. Miyuki, her repressed emotions overflowing, screams, “No!”

Part 3: Nigh Lovers “As the war in Iraq rages on, two women wander about searching for a place of their own in the dark night of Tokyo.” Office worker Nao (24) is shocked by the sudden disappearance of her boyfriend, Yuji. At a loss, she wanders the evening streets on the unlikely chance that she will run into Yuji. She is trembling from the fear that he dumped her. Her anxiety grows to the point that she begins to think herself as a woman with no value. Yet she still desperately looks for Yuji and by chance she gets to know through Internet a woman of the same name with Nao. This “NAO”(24) appears to be tied romantically to a number of men, under different names. “NAO” is actually a professional “lover” and writes diary on her home page about her life with many men. As Nao reads the diary, she begins to notice a sexual side of herself she doesn’t want to acknowledge, the side that was supposed to only yearn for Yuji…