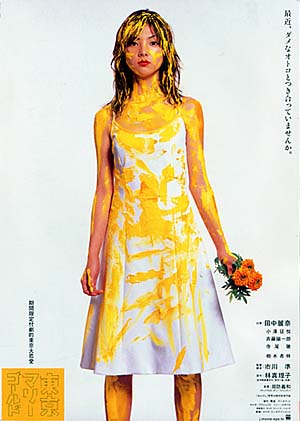 21-year-old Eriko breaks up with her boy friend after their date at the circuit. But life without a boy friend is indeed dull. Boredom occupies her even after she completely switches her job. Then she meets Tamura at a party. Eriko takes a liking to Tamura. A few days later, when Eriko asks him out on date, Tamura happily accepts. However, during their date Tamura abruptly announces that he had a girlfriend studying in the U.S. Tamura's innocent look enhances Eriko's shock, as she returns home completely dumb struck. After this incident Eriko tries to give up on Tamura, but fate plays with her. A few days later, Eriko bumps into Tamura at a mini theater in. In seeing Tamura innocently laughing at the play, Eriko realizes her true feelings for him. The two start seeing each other again. One day, Eriko, unable to control herself, asks Tamura,"Will you be my boy friend for a year, until your girlfriend comes back from the U.S.?" unaware that it could be very painful. Tired in love that doesn't turn out her way, Eriko gazes out of the window and notices a French Marigold - a flower that blooms and dies in a year - comparing it to herself.