Tiger: My Life as a Cat 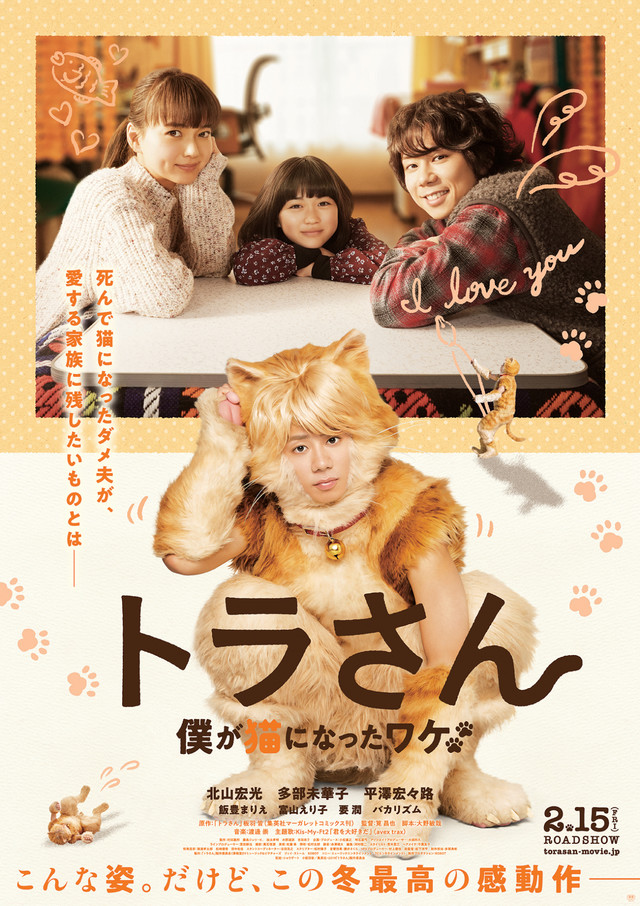 Suzuo Takahata (Hiromitsu Kitayama) is married to Natsuko (Mikako Tabe) and they have one daughter Miyu (Kokoro Hirasawa). Suzuo Takahata works as an unpopular manga writer. He spends his days drinking and gambling. One day, he dies in a traffic accident. Suzuo Takahata believes he is going to Hell, but he is given one month to reflect on his life and his family. He then returns as a cat.

Niahana Jul 20 2019 3:38 pm The dvd are coming soon on September. Couldnt wait to see this movie! Kitayama as papa and husband are what I really want to see for so long.