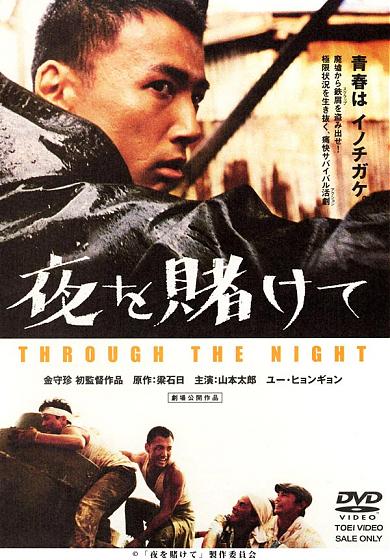 It's 1958, and Yoshio (Yamamoto Taro) returns home to the Korean shantytown near the ruins of Osaka's arsenal, an area bombed to the ground in the final years of the war. Finding scrap iron still hidden under the rubble of the arsenal, the shantytown dwellers plan to use the darkness of the night to slip in when security is slack and steal the precious iron. Their plan meets success and the community celebrates. Yoshio cannot take his eyes off Hatsuko (Hyeon-kyeong Yu), a girl who lost her parents in the Korean War. As the men continue their nightly raids, their loot gets smaller and security tighter. Yoshio's buddy accidentally kills a police guard when he is almost caught. The police begin to take tighter measures, and the shantytown's existence itself is at risk. One day, Hatsuko confesses her hidden feelings to Yoshio, now that she and her mother are to leave the community. The two embrace. At that moment, the police begin to forcibly evict the people from their homes. A fire starts amidst the commotion, engulfs the town and burns everything to the ground.