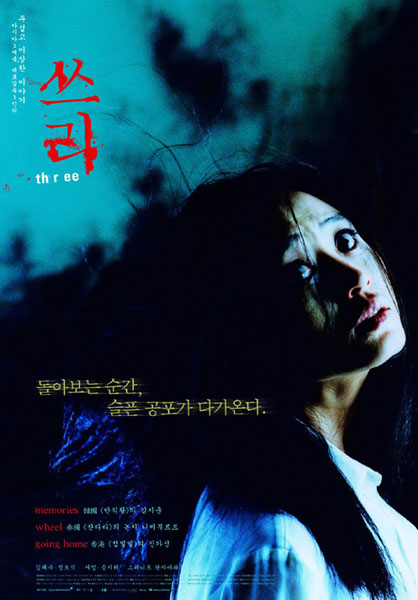 "Three" is an anthology of three horror shorts from three different Asian countries.