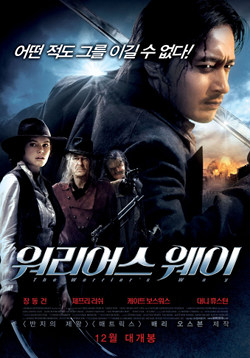 Story revolves around a fugitive Asian warrior (Jang) hide out in the American badlands, where the town drunk turns out to be another fighter in retirement (Rush) and the circus knife thrower is a young woman (Bosworth) hell-bent on revenge for abuses in her youth.

liz Jan 06 2015 9:20 pm Just saw on tv start I think, but was really cool and wish there was another as it was sad to think his future to be filled with only death and being alone.