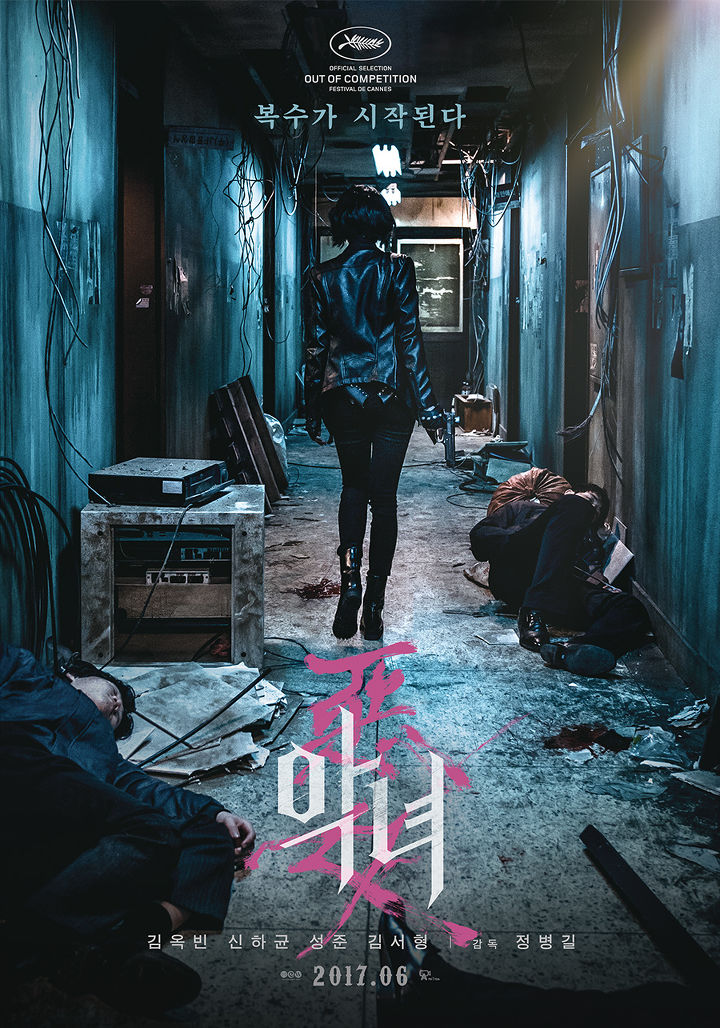 Sook-Hee (Kim Ok-Vin) is a killer. She was raised and trained in Yanbian, China. She hides her real identity as a killer and comes to South Korea. She dreams of having a different type of life, but she becomes involved with two men. Joong-Sang (Shin Ha-Kyun) is a mysterious man who trains killers and Hyun-Soo (Sung Joon) watches Sook-Hee.

KST Jul 25 2021 10:47 am A must watch film. The cinematography was highly praisable. Love to the story .Kim Ok bin 's actiing is superb here. A good action film.Just try to watch if you are in to action crime genre more!!!

P Jun 19 2021 1:05 am Not into cinematography at all, but I found myself wondering out loud how the heck some of those scenes were accomplished... on multiple occasions. It’s so good!

Story line is very intriguing. I’m so glad I watched this. This should have been a series though! Lol. Then I’d probably bawl my eyes out when the daughter and step dad died :(. I loved the main character! I can’t get enough of this story lol.

And Kim Seo Hyung man... if she’s not gay in real life, then the acting world sure knows how to play us well.

Joy Jun 27 2018 9:46 am Good movie! Recommended to watch. Yes i know the chemistry between the actors is not that good, but the storyline is not boring at all. You can feel the girl's bad ass and this is my fav movie. I'd like to watch a female thriller movie, i try to watch sympathy for ms vengeance, and this movie just as good as that movie.

But what is wrong with kim ok bin face? Is she got surgery or is her face got edited? I've seen her in girls generation 1979 drama and she looks different. She looks like ryu hwa young a little bit here.

The gangsters were queuing or waiting to fight the girl one-by-one and those who's not fighting standing like an idiot doing random staff, i know that sometimes movies need unrealisticness to be able to entertain, but this one was beyond unrealistic to the point it made the first impression bad.

Leopoldo Nov 26 2017 8:29 pm Please, what is the name of the final song of the movie that has a tradicional Korean percussion?

Puff Nov 19 2017 7:28 pm @No Name : kim ok bin is indeed an outstanding actress, and fyi she has attained third dan in Hapkido and second dan in Taekwondo. That's why she's perfect for this role.

I just finished watching The Villainess, so this write-up is as fresh as it is going to get.

I watched this movie without knowing anything about it; I went in blind; I did not read any reviews about it nor find out what it was about.

As soon as the movie started, I was blown away by the sheer technical complexity of the camerawork. For anyone out there who is not savvy with the behind-the-scenes technical aspects of camerawork for movie shooting, I will just have you know that the technical competency and handling of the camerawork in this movie is beyond outstanding, it is unlike anything I have ever seen before. And I have watched A LOT of movies in my life!

As the movie unfold on screen, I slowly began to realise that this movie is actually a blatant remake of sorts of a French blockbuster femme-fatale movie made more than 27 years ago by Luc Besson: "Nikita".

Yes, "The Villainess" is a blatant remake of Luc Besson's "Nikita", but with added sadistic blood-gore elements that can only come from Korean(and Japanese) filmmakers(I don't know why, but it seems that Korean and Japanese filmmakers have a knack and niche talent for cornering the violent-gore movie genre)

Korean actress Kim Ok-Vin's performance is beyond outstanding in this movie, especially if one considers the fact that this movie is an extremely physically-demanding one to make for any actor, let alone a female one who was never known for being capable of pulling off a high-octane fight film! Her ability to do the job(of fighting) convincingly in this movie is truly admirable and it has now sealed her reputation - beyond any doubt - as a highly-malleable actress; the same kind of rare acting talent that French actress Anne Parillaud was in Luc Besson's "Nikita".

For those of you who have only just begun to get acquainted with Korean actress Kim Ok-Vin because of this movie, and you would like to see another similar blood-gore movie in which she also acts in, then I recommend that you watch the Korean movie "Thirst (2009)".

san Oct 20 2017 10:02 am I loved this movie, its a good revenge story with a plot twist. the main actress somehow reminds me of Kong Hyo-Jin which is one of my favourite female actresses

Vicky Oct 18 2017 11:29 pm The cast was amazing and portrayed the characters great however I did not especially take the plot/storyline into liking since it had kind of a depressing/sad feel throughout the whole entire movie. Even though you already get a sense/vibe that the movie wont have a happy ending and sacrifices are going to be made, the happy parts in the movie was not enough. Somehow the ending felt incomplete and doesn't make sense (her character development throughout the entire movie is completely wasted since she just returns to her old behavior again) Therefore, although it was somehow disappointing, the cast and the thrilling scenes make it a pretty decent movie to watch.

Nana Aug 27 2017 7:22 pm disappointing. it's strange that this kind of movie bought to Cannes. the story is just so-so. Sook-hee character is to weak as femme fatale and other characters just boring

Nay Aug 27 2017 9:14 am Dissapointed for a movie went to Cannes. The action is quite good but the story is just so- so. The characters are boring And I can't feel chemistry between the actors :(